The Next Galaxy – Samsung Galaxy S6 what is yet to come 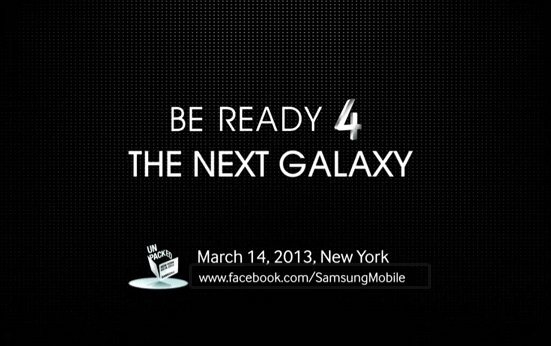 Not long to go until Mobile World Congress 2015 kicks off where The Next Galaxy will be unveiled. The event would run over the course of four days, 2-5 March 2015, in Mobile World Capital Barcelona as the city prepares to host the world’s greatest mobile event: Mobile World Congress where Samsung has announced to unveil it’s new Galaxy line up of flagship phones.

Naturally many rumors and leaks have hit the internet before the unpacking of #TheNext Galaxy in an attempt to try and guess what the phone would look like and how would it perform. However Samsung itself added to the list of rumors as featured in the following video from a technology and gadgets page on Facebook:

The Next Samsung Galaxy Official Leaks and Rumors

Posted by Technology and Gadgets on Thursday, February 26, 2015

The images posted by Samsung Norway further fueled internet debates on the design and capabilities of the next Samsung Galaxy S6 line up. Many speculations and specifications can be found floating throughout the web of which the most accurate ones have been suggested by the well known development forum for android XDA Developers.

The details featured on the forum comprise of speculation and conformation tweets by Samsung mobile on twitter and suggest that the Samsung Galaxy S6 would feature a Super AMOLED 5.0 inches 1440 x 2560 pixels display and will have a 16 MP rear facing camera instead of early rumors proposing it would hold a 20 MP one. There is also suggestions that the phone would hold a 5 MP front facing camera as well for improved selfies as detailed in the to-be-confirmed specifications by the forum. 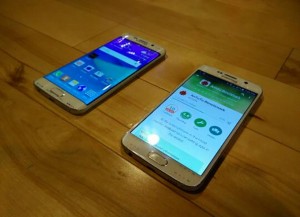 These pictures show the The Samsung Galaxy S6 Edge would feature edges of screen on both sides as opposed to the Note Edge and that it would have a rear made out of glass with metal sides.

The official unpacking of the phone will however be conducted live on March 1st, 2015 at Mobile World Congress as Samsung encourages it’s fans to join in to the event from all around the globe via live streams after which the phone will be available throughout the U.A.E. and MENA region in different retail stores and online shopping websites such as Crazy Deals.