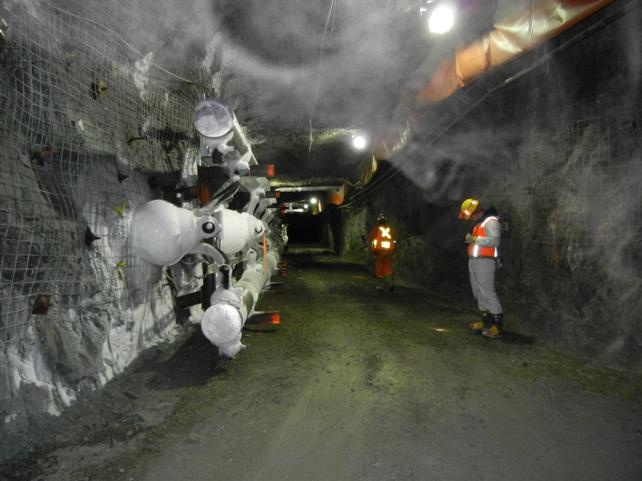 Workers at an underground test freeze, in 2012. All photos via Kevin O’Reilly.
Our northern Canadian territories often get written off by most of us province-dwelling folk as a frigid tundra of nothingness. But it’s probably about time us southerners start paying attention to the situation up north. Yellowknife, is currently sitting on 237,000 tonnes of arsenic, enough to kill the entire human population of our planet a few times over.

The majority of this highly water-soluble carcinogen is sitting in specially designed underground chambers below an old and depleted gold mine called Giant Mine, on the outskirts of the city. The arsenic is a by-product of mining operations that started in the late 1940s, shortly after the discovery of gold in the north. Mining continued until 2004 when the company handed the depleted mine back to the federal government along with loads of arsenic trioxide dust as a nice “fuck-you-very-much.”see more