What the U.S. Gave Up to Get Sgt. Bowe Bergdahl Back 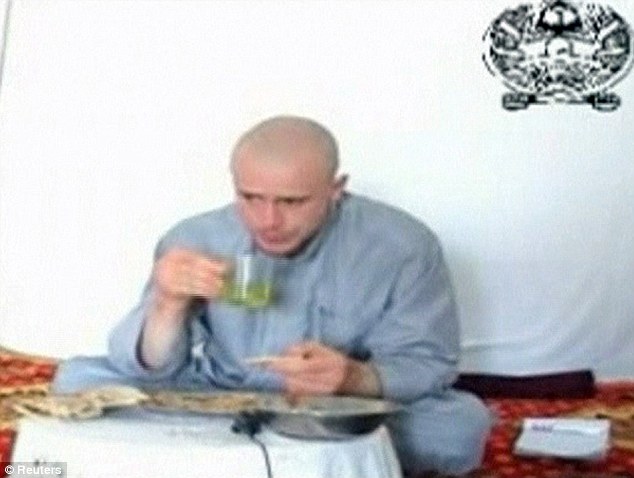 WASHINGTON — Most of the reaction to Sgt. Bowe Bergdahl’s release after five years as a captive of the Taliban has been celebratory, but a pair of lawmakers questioned whether the deal reached with the Taliban was legal and whether the price paid was too high.

The Army sergeant was held captive for nearly five years by the Taliban, mostly in Pakistan, U.S. officials believe, and the president, Defense secretary, secretary of State, chairman of the Joint Chiefs, and the sergeant’s parents all expressed relief and gratitude after 18 Taliban handed Bergdahl over to U.S. special forces in Afghanistan, spiriting him back into the care of the U.S. military.

Two senior Republican lawmakers, however, accused Obama of violating the law by failing to notify Congress 30 days before the deal to swap five members of the Taliban held at Guantanamo and voiced concerns that the U.S. gave up too much.

The top Republicans on the House and Senate armed-services committees cautioned that “we must carefully examine the means by which we secured [Bergdahl’s] freedom,” warning that the U.S. had effectively reneged on its policy not to negotiate with terrorists.

So what exactly did the U.S. give up to get Bergdahl back?

The U.S. has released five Taliban prisoners kept at Guantanamo Bay — all of them either senior Taliban figures or Taliban officials with connections to Taliban leaders, and all labeled by the Pentagon as highly dangerous to the security of the U.S. and its allies if released. They are: