What Makes UAE Most Competitive in the Mideast ? 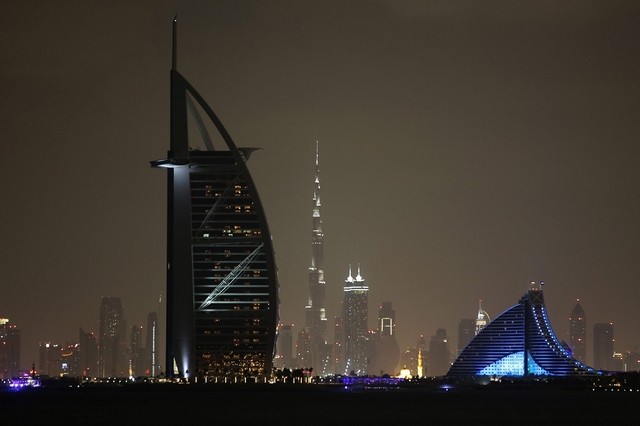 A research conducted by the World Economic Forum (WEF) indicates UAE as the most competitive country in the Middle East and North African region (MENA). The report analyzed 144 countries on the basis of different criteria and suggested the rankings. The countries that have been ranked at a good position are able to provide suitable infrastructure for investments and services for welfare to its citizens. Much to the surprise of the participating nations, the UAE has left behind economically power countries like Denmark, Canada and South Korea, to name a few.

The world knows the fact that the Middle East has come a long way from being a socially oppressed region of the world to becoming an economically powerful collection of nations. It has been the efforts that were being put together for years and have finally shown a cumulative effect. Here are some of the reasons that have placed UAE at such an enviable rank:

The research done by the WEF has clearly indicated that the reason behind UAE earning this stature and ranking is its local infrastructure. The roads, residential complexes, commercial hubs and social utilities built reflect the modern design trends and changing architectural dynamics. The country has improved its performance in 78 indicators out of tested 114, which assess the level of competitiveness. The government has taken effective measures and come up with policies that have changed the face of the UAE’s real estate arena.

Various constituting nations in the Mideast; especially the UAE, is one of the fine examples of a successful attempt towards economic diversification. Over the years, the economy of the Middle East has been earning revenues from its energy sector and the strength of its fiscal arena lied in its abundant oil & gas reserves. However, times are changing and the country has started focusing on other industries as well. The nation has shown the world, a perfect example of what is like to bring in diversification in the economy. There are private firms operating in the manufacturing, construction and IT arena that are generating some of the high-paying jobs in the UAE.

The continued efforts towards making space for non-oil driven economy and efforts towards being an economic superpower in the Middle East has enabled UAE to bag the World Expo Bid 2020. The victory has helped the country build an enviable brand value on the global landscape. It is expected that the economy and the employment market here will flourish in leaps and bounds. The triumph has also helped the country to increase its competitive quotient and has settled down the global critics in many ways. To host the exposition, the country has gone beyond the expected limits to revamp its economy in a great way.

The Global Competitiveness Report by the World Economic Forum reveals that the UAE has an excellent institutional framework, infrastructure and appreciable macroeconomic stability. Apart from these factors, the current scenario in the ICT industry and its visible incorporation in the country clearly indicate the brightest days experienced so far.

Further, the logistics, trade, financial services, hospitality, tourism and real estate domain operating in the UAE are flourishing at the moment and are getting a lot of monetary attention from the foreign investors as well.

The world is the witness to the successes that the UAE has witnessed over the years and also its contribution towards the global economy. However, the competitive market has placed another country that is constantly challenging UAE and its global economic stature. We have a competitor in making here; Qatar. The state of Qatar is another country in the Mideast that is matching steps with UAE and is emerging as a fierce competitor.

Both aspects; economy or the employment market here in Qatar, are showing great seeds and turning it into a strong and healthy opponent. Qatar reaps advantages from macroeconomic stability, efficient goods and financial markets. The country is known to offer the natives as well as the expats, a very high per capita income and the standards of living here have improved drastically. There are certain issues, such as educational outcomes and sluggish ICT sector that needs immediate attention.

The Kingdom of Saudi Arabia is another country that will soon match the tunes of the UAE.

The United Arab Emirates has a very fertile ground to let companies open up here and flourish later. The economic successes and the efforts to diversify the same are two factors that have enabled the nation to shine bright. The global landscape can’t stop raving about the development that the UAE has witnessed over all these years.