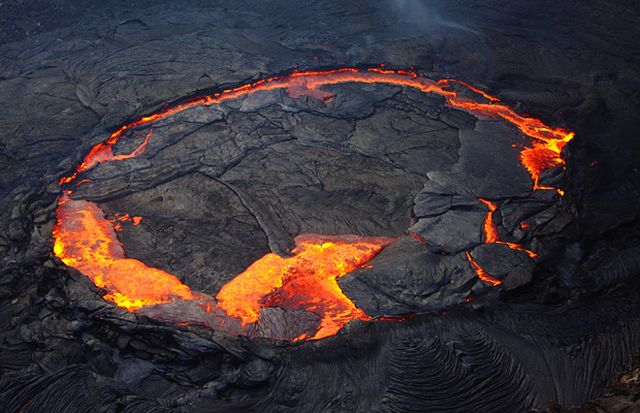 Climate change is the biggest threat we are facing today and instead of taking measures for its eradication we as human beings are doing nothing but playing major role in its embellishment.  According to a recent report released by UN Intergovernmental Panel on Climate Change (IPCC), average global temperature increased by 0.85°C from 1888-2012 and the hottest decade recorded so far was 2000-2009. The conclusion deduced by meteorologists and also mentioned in report is “Climate change is real and man is the main cause”. Although hiatus of climate change seems impossible for human beings due to extreme advancement in technology but scientists have recently divulge some interesting facts about volcanic eruption and its cooling effect.

Volcanoes can impact climate change. When major explosive eruptions occurs, huge amount of volcanic gas, aerosol droplets, and ash are injected into the stratosphere. Injected ash falls rapidly from the stratosphere; most of it is removed within several days to weeks and has little repercussion on climate change. But volcanic gases like sulfur dioxide can cause global cooling, although volcanic carbon dioxide, a greenhouse gas, has the potential to promote global warming to some extent.

The most significant climate impacts from volcanic injections into the stratosphere comes from a chemical reaction which converts sulfur dioxide to sulfuric acid, which condenses rapidly in the stratosphere to form fine sulfate aerosols. Sulphur has a sun-blocking effect; it scatters incoming sunlight and offsets emissions of heat-trapping gases. The aerosols increase the reflection of radiation from the Sun back into space, cooling the Earth’s lower atmosphere or troposphere.

There are many cases of volcanic eruptions in past that depict the same phenomenon. The climactic eruption of Mount Pinatubo on June 15, 1991, was one of the largest eruptions of the twentieth century that injected a 20-million ton (metric scale) sulfur dioxide cloud into the stratosphere at an altitude of more than 20 miles. The Pinatubo cloud was the largest sulfur dioxide cloud ever observed in the stratosphere since the beginning of such observations by satellites in 1978. It caused what is believed to be the largest aerosol disturbance of the stratosphere in the twentieth century, though probably smaller than the disturbances from eruptions of Krakatau in 1883 and Tambora in 1815. Consequently, it was a standout in its climate impact and cooled the Earth’s surface for three years following the eruption, by as much as 1.3 degrees at the height of the impact. Sulfur dioxide from the large 1783-1784 Laki fissure eruption in Iceland caused regional cooling of Europe and North America by similar amounts for similar periods of time. According to a new study, published in the journal Nature Geoscience; volcanoes are the reason for the average rate of warming dropped from .31 degrees Fahrenheit per decade between 1970 and 1998 to .072 degrees Fahrenheit per decade between 1998 and 2012. This “muted surface warming” was the result of a series of 17 small volcanic eruptions, beginning in 2000, that spewed enough aerosols into the atmosphere to explain the disparity between climate change models and actual warming trends.

Although the ‘’cooling influence’’ of volcanic explosions are one of the reason for muting global warming to some extent but one cannot say that they are the only reasons for this hiatus as a study by the U.N. Intergovernmental Panel on Climate Change in 2013 argued that natural variations in the Earth’s climate, such as the ocean’s absorbing of extra heat, could account for our planet’s slowing surface temperature rise. Despite the global warming hiatus, global temperatures continue to rise. Last November, 2013 was the warmest November on record since 1891, according to a report by the National Climate Data Center. Now it’s time for us to fret and take some serious steps for survival of earth and our forth coming generations as well otherwise we will face adverse consequences……….!!!