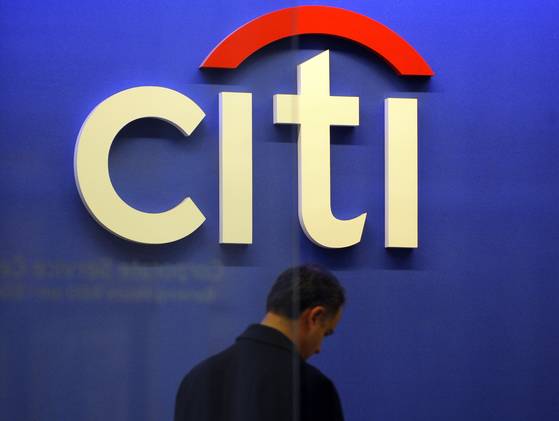 Citigroup, the third-biggest U.S. bank, said Wednesday that it plans to cut more than 11,000 jobs, 4% of its worldwide workforce in an effort to reduce costs.

In a statement, New York-based Citi (C) says it will take a pretax charge of about $1.1 billion this quarter and expects savings in 2013 to be $900 million.

“These actions are logical next steps in Citi’s transformation,” CEO Michael Corbat said in Citi’s statement. “While we are committed to — and our strategy continues to leverage — our unparalleled global network and footprint, we have identified areas and products where our scale does not provide for meaningful returns.

The bank, which employs 262,000 worldwide, did not detail how many of the jobs cuts will be in the United States, although it plans to close 44 branches.

Most of the job cuts Citi cited today, about 6,200, will come from Citi’s consumer banking unit, which handles everyday functions in bank branches and online.

Citi said that it will sell or scale back consumer operations in Pakistan, Paraguay, Romania, Turkey and Uruguay and focus on 150 cities around the world “that have the highest growth potential in consumer banking.”

The bank says about 1,900 jobs will be cut in its institutional clients group, an effort to “improve overall productivity in our markets business, especially in areas experiencing continued low profitability, such as cash equities.” And another 2,600 jobs will disappear in the bank’s operations and technology group and global functions.

Citi says it plans to cut 15 branches in Korea, 14 in Brazil, seven in Hong Kong and four in Hungary.

The CEO promised the bank would reduce “excess capacity and expenses, whether they center on technology, real estate or simplifying our operations.”

In mid-October, Vikram Pandit abruptly resigned as CEO along with another top executive, one day after the bank said its underlying third-quarter profits were strong and that the bank’s outlook was improving.

In November, a regulatory filing disclosed that Citi paid Pandit a $6.7 million bonus and paid a $6.8 million bonus to John Havens, the former chief operating officer who resigned when Pandit did.

Pandit had reportedly clashed with the board over the company’s strategy and its relationship with the government. Corbat succeeded Pandit, who had been at the helm of the bank for five years, before and after the 2008 financial collapse.

Citi nearly collapsed during the financial crisis and had to take two taxpayer bailout loans. It has been shrinking since, shedding units and trying to find a business model that’s more streamlined and efficient.

The streamlining hasn’t gone as smoothly as Citi hoped. This fall, for example, when Citi negotiated the sale of its stake in the retail brokerage Morgan Stanley Smith Barney, it got far less than it wanted from the buyer, Morgan Stanley.

In Wednesday’s statement, Corbat said Citi “has come a long way over the past several years.”