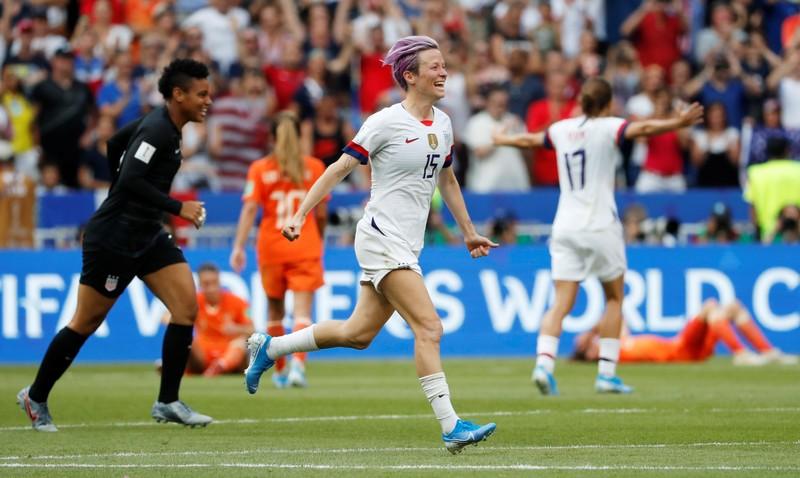 The United States have beaten the Netherlands 2-0 to win the Women’s World Cup in France.

Second half goals from Megan Rapinoe and Rose Lavelle ensured victory for the American team who produced a dominant display at the Stade de Lyon.

It is the USA’s fourth Women’s World Cup win and gives them back-to-back titles following their victory at the 2015 tournament in Canada.

Captain Rapinoe converted a penalty in the 61st minute after a decision by the video assistant referee (VAR) ruled striker Alex Morgan had been fouled.

Rapinoe’s goal saw her finish alongside team-mate Morgan and England’s Ellen White as the tournament’s joint top-scorer with six goals.

After the match, manager Jill Ellis said: “This is an amazing group of players but an even better group of people.

“They made history. .. see more