US to sell Saudi Arabia $1.75bn worth of Patriot air defenses 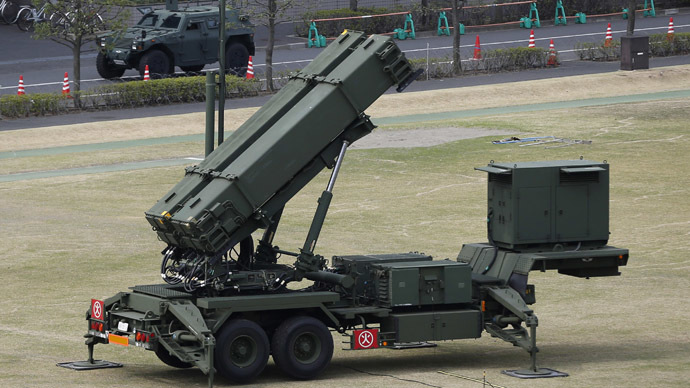 The US State Department has approved sales of Patriot PAC-3 missile complexes to Saudi Arabia, the US primary ally in the Arab world. At the moment Riyadh operates previous versions of the same air defense missile complexes.

“Saudi Arabia, which already has Patriot missiles in its inventory, will have no difficulty absorbing these additional missiles into its armed forces,” the DSCA noted.

The main benefactors of the deal are going to be two American leading arms producers, Lockheed Martin Corp, producer of the PAC-3 missiles, and Raytheon.

The US is bolstering Saudi Arabian air defense at the time when both countries are acting in alliance against the Islamic State terrorist group currently controlling vast territories in Iraq and Syria. The US Air Force is using Saudi Arabian military bases as the primary airfields in counter-IS operations.

The US Congress was notified about the deal on Wednesday by the DSCA overseeing foreign arms sales and now senators have 30 days to challenge the deal, an unlikely scenario by all estimates.

The DSCA assures that the balance of power in the Middle East region is not going to be affected by the new contract, AP reports. Israel remains the regional power, armed with latest versions of the US arms.

Once the deal is through, Saudi Arabia will become the eights country operating Patriot air defense complexes after the US, Germany, Japan, Kuwait, the Netherlands, Taiwan and the United Arab Emirates.

Washington has been enforcing its Gulf allies with newest air defenses lately with n January, Kuwait starting to receive PAC-3 missile in January and Qatar signing a $11 billion deal and obtaining first Patriot systems in July.