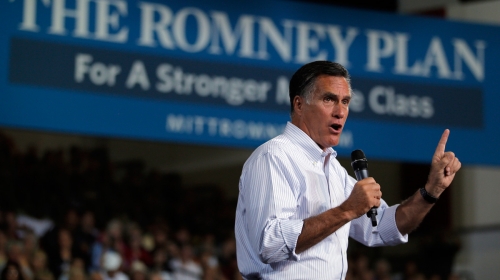 US Republican presidential candidate Mitt Romney has fought back against claims from Democrats that he paid no taxes in some years.

He has released a letter saying he paid an effective federal tax rate of at least 13.6 percent annually over 20 years.

Romney has not made those returns public, but has released his 2011 paperwork. That shows he paid around 1.5 million euros in taxes on a 10.5 million euro income, almost 13.7 million US dollars.

The figures come after a video, secretly recorded at a donor dinner, was released earlier in the week. In it, Romney disparages Barack Obama voters, saying they pay no taxes.
Democrat Obama used a supporters event in Virginia to take a swipe at his presidential challenger’s economic policy plans.

“This country doesn’t succeed when only the rich are getting richer,” Obama said.

Polls show Romney has fallen slightly behind Obama in the race for the White House.