US Consulate shuts down visa section for 2 days in Chennai: India 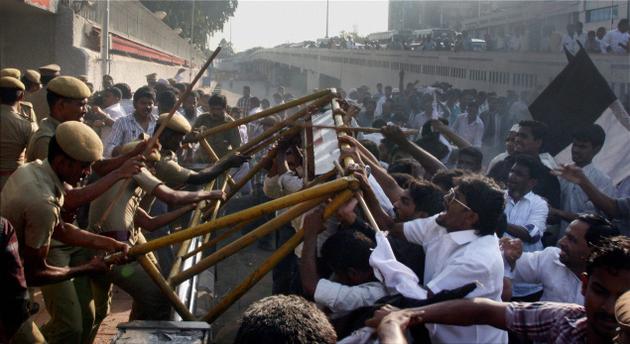 Faced with protests over the anti-Islam film for the third day, the US Consulate in Chennai has shut down its visa section for two days from Monday.

“The visa section will be closed for appointments on Monday and Tuesday. Persons with appointments are being notified for rescheduling dates. Emergency services will be offered to American citizens,” an advisory posted on the Consulate’s official website said.

The decision to close the visa section came as the anti-US protests in front of the Consulate continued for the third day today and another Muslim outfit planned to hold demonstration tomorrow.

A spokesperson of the consulate said the decision to close down the visa section for two days was taken yesterday and all applicants already given appointment had been informed about the rescheduling.

“In no way will they be inconvenienced,” he said adding around 1,000 visa applicants visited the Consulate every day.

Earlier, the consulate had issued a travel advisory, asking US nationals to exercise caution while moving around the city, in the face of the protests.

Another Muslim outfit staged a protest on Saturday while Viduthalai Chiruthaigal Katchi activists held a demonstration in the city today protesting against the American film.