US: 9 arrested in St. Louis protest over shooting 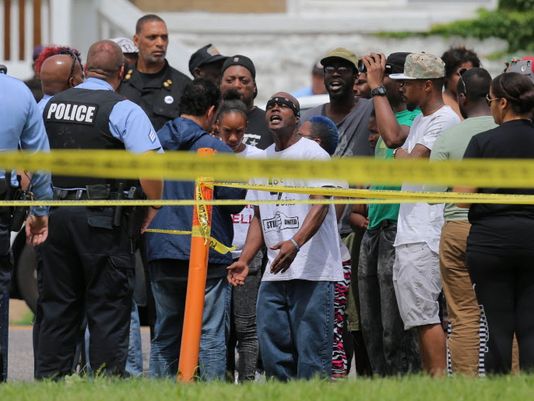 ST. LOUIS — Police made nine arrests and used tear gas to clear a street when about 150 people gathered Wednesday evening to protest a shooting earlier in the day that left a black suspect dead.

Many of the roughly 150 people who gathered at the scene hurled obscene gestures and expletives at investigators and questioned the police use of deadly force. Some chanted “Black Lives Matter,” a mantra used a year ago after the police shooting death of 18-year-old Michael Brown in nearby Ferguson.

In a news conference earlier in the day, Dotson said the shooting occurred Wednesday morning when members of the Tactical Unit and Special Operations were executing a search warrant at a house in the north part of the city… see more