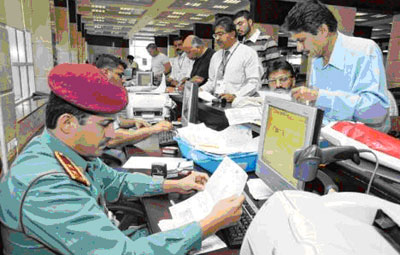 The violators of the entry and residency law would be granted permits to leave the country if they hand themselves in voluntarily to the competent authorities within the time limit specified by the ministry for waiving of all fines, a top official said.

Major-General Nasser Al Awadi Al Menhali, Assistant Undersecretary for Naturalisation, Residency and Ports Affairs at the ministry, stressed that the ministry would facilitate the departure of offenders who are willing to benefit from the amnesty from the country. Centres to receive such people have already been set up nationwide.

“There are clear instructions on dealing with offenders who hand themselves in voluntarily to authorities to benefit from the amnesty, as their departure procedures will be smooth,” Al Menhali said during his visit to Fujairah, the passports offices in Khor Fakkan, Ras Al Khaimah and Umm Al Quwain on Monday. Al Menhali reiterated his call to the violators to benefit from the two-month-long amnesty, which will be in force from December 4 to February 4, 2013.  —