U.S. and Pakistan at a Crossroads 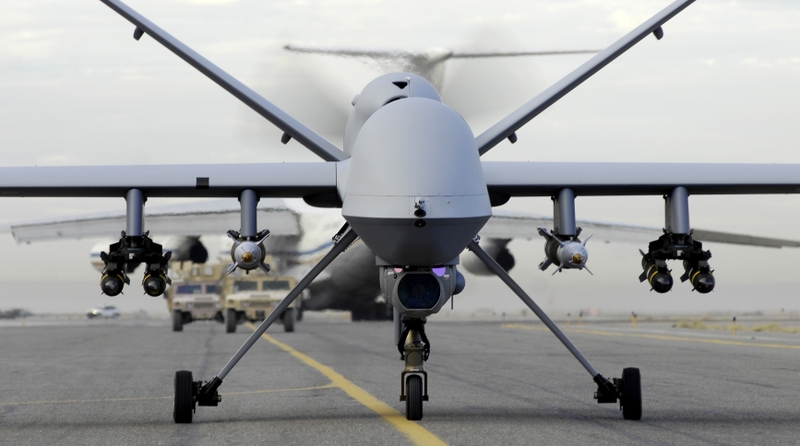 Taliban chief Mullah Akhtar Mansoor has been killed in a U.S. airstrike along the Afghanistan-Pakistan border, he became leader of the Afghan Taliban last year in July after the death of Mullah Umar was confirmed.
The circumstances surrounding Mullah Mansour’s death and that of his predecessor, Mullah Umar, are very similar. Both died in mysterious conditions, killed or announced dead when the Afghan govt wanted to bring the Afghan Taliban to the table for peacetalks, with Pakistan as mediator.

The fallout from this US drone attack portends to be immense, it could indefinitely stall the quadri-lateral peace talks underway with the Afghan Taliban, it also raises questions regarding Pakistan’s sovereignty being breached as the Pakistan government was not informed prior to the attack.

John Kerry declared that the drone strike on Mullah Mansoor sent “a clear message to the world that we will continue to stand with our Afghan partners”. The Afghan Taliban is not formally designated by USG as a terror group, most U.S. drone strikes target leaders in groups that are listed, the drone attack on Mullah Mansour defies logic unless the purpose was to derail the peace process.

The conditions in Afghanistan are worse than predicted in 2014, when the U.S. declared an official end to its combat mission, the country has remained volatile and American special operations forces get sucked into ground battles very often. The present Afghan government would not be able to survive without active US support, still the U.S. is just not doing enough to achieve peace and stability in Afghanistan. This denotes that the U.S. does not wish to withdraw its forces from Afghanistan anywhere in the near future, it wishes to retrieve the regions in Afghan Taliban control.

Pakistan has been requesting the US since 2014 to target Mullah Fazlullah, a leader of the TTP, who is in Kunar region of Afghanistan, provided hideouts by the Afghan intelligence agency, NDS. Mullah Fazlullah is a hard-core terrorist, he and his followers fled to hide across the Pakistan border, after Pakistan Army initiated military operations to wipe out terrorism.

The Tehreek-e-Taliban Pakistan chief Mullah Fazlullah hides in a region where the government in Kabul has no control, according to the Afghan Ambassador to Pakistan. “Such elements are hiding in areas which are out of government’s control.” he said.

Pakistan kept requesting the U.S. government to drone Mullah Fazlullah and his accomplices involved in terrorist activities, like the brutal APS School attack in Peshawar or the Bacha Khan University attack. Mullah Fazlullah admitted on video that he is responsible for the APS School attack, he was also responsible for the attack on Malala Yousufzai.

Still Washington turns a blind eye towards these terrorists harboured in neighbouring Afghanistan, Afghan soil is being used for their nefarious conspiracies against Pakistan, in this they are helped by Afghan and Indian intelligence agencies.

India is using TTP terrorists to destabilise Pakistan, the U.S. controls the entire Afghan air-space yet does not hit Mullah Fazlullah with high-precision airstrikes, and interestingly, it has not attacked the Haqqani network with drones either.

Pakistan offered huge sacrifices in the U.S. War on Terror, it rightly feels that it did not get enough help from the United States in targeting terrorists operating from hideouts in Afghanistan.

The Department of State has even designated Mullah Fazlullah, as a Specially Designated Global Terrorist under Executive Order (E.O.) 13224, which targets terrorists and those providing support to terrorists or acts of terrorism.

There is really no plausible reason why the U.S. does not kill Mullah Fazlullah, who is at war with the state of Pakistan, but it kills Mullah Mansour of the Afghan Taliban, who had agreed to go ahead with peace-talks.
It is obvious the U.S. does not really want peace between Afghanistan and Pakistan.

U.S. interests in this vital geopolitical region could be disturbed by the China Pakistan Economic Corridor, maybe that is one of the reasons it does not want Afghanistan settled and peaceful.

The CPEC could provide important benefits to Pakistan’s economy and enhance political stability, therefore it is a positive development and should be encouraged by the U.S. as it has always wanted a positive outlook for Pakistan.

India feels threatened by the development of CPEC, as it strengthens Pakistan economically and China gets access to warm waters, it has been sending spies like Kulbhushan Yadav to try and subvert CPEC by carrying out ethnic and sectarian terror attacks.

Chinese investments in Gwadar Port are disturbing for India that foresees it as a naval base for China’s operations throughout the Indian Ocean.

This entire region is being manipulated by an invisible ’empire’ whereby the West retains its supremacy, and China and Russia’s ambitions are destroyed in the long-term.

The U.S. also made it difficult for Pakistan to buy the F-16s, most probably the sale will not go through as Pakistan will not receive a loan under the Foreign Military Financing program to finance the purchase of the eight F-16 Block 52 fighters, due to the opposition of U.S. lawmakers.

Pakistan has got F-16s before as well from the U.S., it is obvious that it has incurred Washington’s displeasure now, the F-16s being more of a symbol of American commitment.

“I continue to oppose any taxpayer dollars being used at this time to support this sale given that Pakistan is providing safe haven to terrorist groups and refusing to target the Haqqani network, which attacks U.S. troops and threatens the future of Afghanistan,” said Senator Bob Corker, chairman of the Senate Foreign Relations Committee, in a statement in March.

“Prohibiting a taxpayer subsidy sends a much-needed message to Pakistan that it needs to change its behavior .”

Pakistan is being pressurized to dissuade it from becoming part of a new China-Russia-Pakistan power bloc, this prospect has alarmed the U.S. so much that it does not mind keeping this region unsettled.

India has benefited from the developing scenario, a gradual re-alignment is underway as the U. S. and India feel threatened by China’s rise as a major military power.

The United States cannot tolerate any Russia-Pakistan alliance, as Russia is its ultimate rival and enemy.
Still, the U.S should not be oblivious to the fact that India and Russia are long-term allies, trusting India may prove to be counter-productive. Any U.S. military alliance with India might be short-lived, when it inevitably edges closer to Russia once again.

India presently fears getting encircled by China, so it has deepened relations with the US. The India psyche is not to perceive itself as a status quo power, but as an ’emerging great power’. Once India’s confidence grows it will be acting in its own interests, not those of the U.S. India’s all-time strategic partner is Russia and not the U.S., Modi calls Russia ‘ a pillar of strength’ and India’s ‘most important defence partner.’

The United States should not glorify its relationship with India by skimming over the realities.
The United States does have apprehensions regarding the CPEC, Washington has always had the most influence in Islamabad. Pakistan would like to have excellent ties with both U.S. and China, it woud be an opportunity for greater trilateral cooperation, the United States could continue to play a constructive role in Pakistan and help improve Pakistan’s economic outlook.