Turkey seeks to soothe Iraq’s concerns after ultimatum over troops 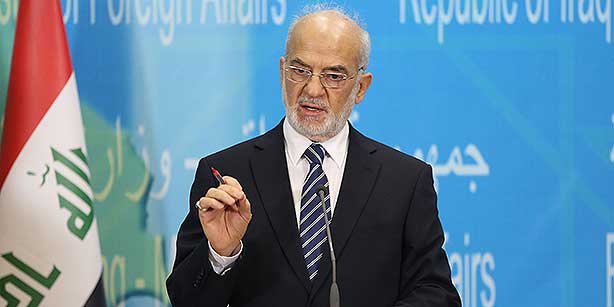 The diplomatic row between Turkey and Iraq has deepened despite Turkish efforts to soothe concerns of the central Iraqi government after deployment of forces near the Islamic State in Iraq and the Levant (ISIL)-controlled Mosul last week, with Baghdad saying on Sunday that it might turn to the UN Security Council if Turkish troops are not withdrawn within 48 hours.

On Monday, Iraq’s Foreign Minister Ibrahim al-Jaafari warned Turkey that the deadline for the withdrawal of the additional Turkish forces from Iraq’s north is Tuesday.

He said unless Turkish troops pull out, Iraq intends to raise the matter before the UN Security Council.
Turkey has not withdrawn any troops from Iraq following an ultimatum from Baghdad, a senior Turkish official said on Monday, but added that Ankara is in discussions with Iraq’s defense ministry and could reduce the size of its force.
His remarks came as Turkey tried to alleviate Iraqi concerns. Turkey has put the transfer of 350 new soldiers to a camp in Bashiqa region where Turkish military trainers are located on hold to defuse tension following the ultimatum from Baghdad, sources in Ankara told Today’s Zaman… see more