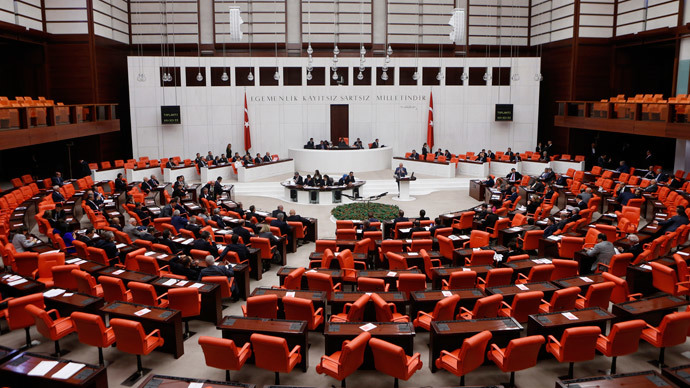 The Turkish army received the go-ahead from the country’s parliament to engage in military action against Islamic State insurgents in Syria and Iraq. Meanwhile, a senior NATO official said the bloc’s involvement is “practically” possible.

Ankara lawmakers on Thursday also authorized foreign forces on Turkish territory when participating in operations against the Islamic State (IS, formerly ISIS/ISIL).

“The rising influence of radical groups in Syria threatens Turkey’s national security…The aim of this mandate is to minimize as much as possible the impact of the clashes on our borders,” Defense Minister Ismet Yilmaz told parliament.

Parliament approved the new one-year mandate, with 298 deputies voting in favor and 98 against the motion.

However, no specific commitments have been made just yet. “You shouldn’t expect any move immediately after the mandate” passes, Yilmaz told reporters before the parliament vote on Thursday.

Part of the mandate dealing with foreign troops in Turkey directly references US pressure on Ankara to permit the use of Incirlik air base in the Adana region, located in the south of the country.