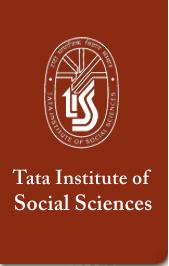 A report on Muslim prisoners in Maharashtra jails by the Tata Institute of Social Sciences (TISS) establishes that most of them do not have connections with criminal gangs, and points to an acute bias of the police for arresting them in some cases only because they belong to a particular community.

A Study of the Socio Economic Profile and Rehabilitation Needs of Muslim Community in Prisons in Maharashtra, 2011, by Dr. Vijay Raghavan and Roshni Nair from the Centre for Criminology and Justice School of Social Work, Tata Institute of Social Sciences (TISS), states that 96 per cent of the respondents have not been held under preventive detention charges, thus indicating that they are not viewed as a threat to law and order.

The study which surveyed 339 Muslims, mostly between 18 and 30 years of age, in 15 prisons says this implies that most respondents do not have connections with criminal gangs or have any record which may be a threat to law and order. About 25.4 per cent of those imprisoned don’t have lawyers to represent them in their cases.

The police’s bias against Muslims led to some of the arrests under the erstwhile Terrorist and Disruptive Activities (Prevention) Act (TADA), the Maharashtra Control of Organised Crimes Act (MCOCA) and even under the Official Secrets Act.

An agent in textile export, Murtuza, arrested under the Official Secrets Act on charges of spying, says in his interview to the research team: “There are two types of laws in this country. One is for Hindus and the other is for Muslims. The policeman is first a Hindu and then a policeman. The judge is first a Hindu and then a judge and the lawyer is first a Hindu then a lawyer. People who work against the State, indulge in rioting, kill thousands of innocent people, and harass women and children roam free in this country. They are not punished. I am suffering only because I am a Muslim.”

Murtuza strongly feels that the discriminatory attitude is one of the major reasons for his arrest. He says that the police do not have enough evidence against him and yet he remains in prison. Two years have passed and the case is dragging on in court. He misses his court dates because the escort to take him to court is often not available. He has applied for bail thrice, but it has been rejected each time. He also applied for transferring the case to a different judge, but nothing has happened yet.

Another prisoner Moiz says that “every time he tries to start life afresh, the police arrest him in some false case. They also demand money from criminals and those who can pay are set free. The poor are victimised. The police are very powerful and can do anything.”

Some interviews reflect the deep despair and alienation of the people interviewed. Muneer feels that after the demolition of the Babri Masjid, the rift between Hindus and Muslims has widened. Due to the riots and bomb blasts in 1992-93, the police perception of Muslims has become negative. The police view them as criminal minded. Migrants from Uttar Pradesh and Bihar are viewed with prejudice by the police.

Shoaib expressed his fears about the breakdown of the social fabric if the bias against Muslims continues. “The police have a negative perception of the Muslim community and act with bias. Due to the actions of the police and fundamentalist politics, the perception of Muslims is negative in society. If the situation continues to be like this, the next generation may get into further crime and vested interests could use them. Society’s perception and the negative feelings of hatred have to be reduced. Only then there is hope for a better tomorrow. Otherwise the situation will get worse for individuals, their families and society.”

About 70 per cent of the 3,000 Muslims prisoners in 15 jails were under trials and 30 per cent were convicted prisoners. What is of concern is that 52.8 per cent are charged with violent crimes mainly murder, attempt to murder, rape, assault and kidnapping. Among the under trials interviewed charge sheets have only been filed in 47.4 per cent of the cases and a mere 3.8 per cent have reached judgement stage, indicating the slow pace of trials. Of those interviewed 75.5 per cent were arrested for the first time and 25.5 per cent are repeat offenders.

The percentage of Muslims in jails is also a high 36 per cent, says Dr. Raghavan, quoting recent official figures. Along with Gujarat and Kerala, Maharashtra is one of the States with the most disproportionate number of Muslims in prisons.

The Sachar Committee report says that in Maharashtra, Muslims account for 10.6 per cent of the general population; yet they comprise 32.4 per cent of the prison population. For those incarcerated on terms of less than a year, the figure rises: 42 per cent of prisoners on short-term sentences in the State are Muslims.

This study was done at the behest of the Maharashtra State Minorities Commission in response to the charge of a disproportionate number of Muslims in jail. It makes a slew of recommendations relating to rehabilitation and correctional programmes, and the need for steps to sensitise the police and prison administration.

Last month the findings were presented at a meeting with Arif Naseem Khan, State Minister for Minority Affairs.

The Minister accepted most of the recommendations, especially those relating to legal aid, adult education, vocational training, release on probation, and awareness and counselling centres in Muslim areas.

The Additional Chief Secretary of Minority Development will call a high-level inter-departmental meeting soon to work out ways to implement the recommendations.