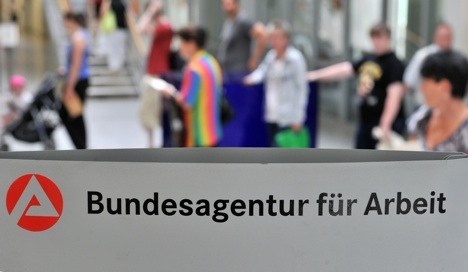 More than three million of Germany’s unemployed are long-term cases, new statistics revealed on Saturday. The Federal Employment Agency (BA) describes these as the “hardcore” of those on the dole.
The new official figures, seen by the Süddeutsche Zeitung newspaper, showed that nearly three-quarters of the 4.33 million people who live on the unemployment benefit commonly known as Hartz IV cannot find a long-term job.

These people have little or no prospect of being “integrated into occupation or further education in the near future, and perhaps not in the long-term,” said the agency, which defines long-term unemployment as being dependent on Hartz IV for 21 out of 24 consecutive months.

This figure includes people who get short-term work or who fail to pass probation periods for new jobs. Just over half of those included are people exempted from the requirement to find a job, such as single parents of young children.

The figure also includes working people whose salaries do not cover their families’ living expenses and so receive extra state benefits.

Though unemployment has decreased overall in the past few years, the number of long-term unemployed is only sinking slowly, the paper said. BA figures show that the figure dropped from 3.27 million in 2009 to 3.03 million in August this year.

BA board member Heinrich Alt said the stats should not be regarded as completely depressing. “Admittedly there is a stubborn base of unemployment, but I wouldn’t like to call it a consolidation,” he said.

He also said that many of those living on Hartz IV have other problems to contend with, as well as unemployment, such as illness, drug addiction or debt. “That all takes time,” he said. “Successes don’t always come overnight.”

For that reason, the BA’s target is relatively modest. In 2012, the target had been to reduce long-term unemployment by 1.6 percent, and that would be met, he added.