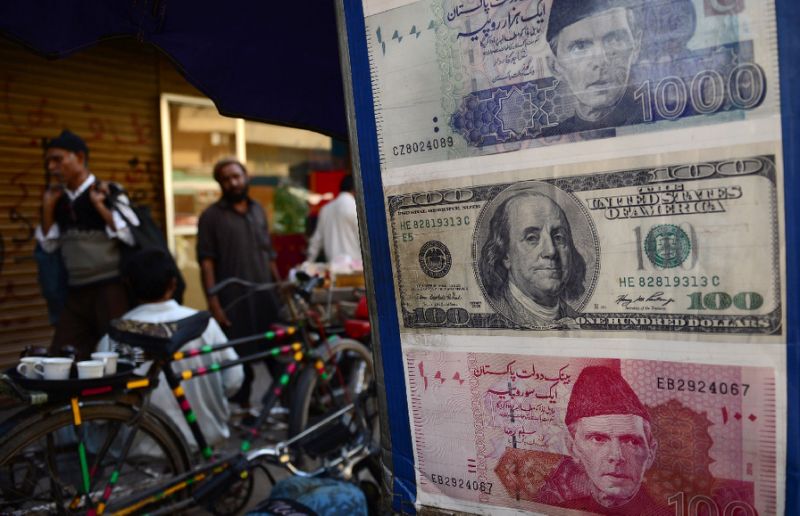 Pakistan is in the grip of extreme corruption today, at an unprecedented scale, mainly because it is blatantly assisted and supported by the sitting government. Corrupt individuals have made it to the very pinnacle of power, given eminent posts to preserve a veneer of faux respectability.

Let’s recount some of the outstanding folk trusted with top jobs.

A gentleman named Shaheen Khalid happens to be Vice-Chairman of the Commission of Overseas Pakistanis, which is headed by none other than the Punjab Chief Minister, Mr. Shahbaz Sharif himself. Shaheen Khalid has been jailed twice in the U.S. over charges of money laundering on such a large scale that the news made it to the New York Times. He was arrested on money laundering charges in 1994 and jailed for 5 years, once again he was arrested on the same count in 2003, yet today he is considered eligible and competent enough to be Vice Chairman of the Commission of Overseas Pakistanis. It seems like expertise and talent in money-laundering is what matters for our rulers. Shaheen Khalid Butt was charged with money laundering, operating an unlicensed money transfer business, currency reporting violations, and conspiring in immigration fraud in 1994. The police were of the view that some of the money being sent overseas came from drug trafficking, Butt’s unlicensed business was named the Manhattan Foreign Exchange, it operated through a licensed money-transfer business, having sent approximately $33 million to Pakistan. It had become one of New York area’s largest remitters of money to Pakistan. Ultimately, Shaheen Khalid was released on a $500,000 bond, Shaheen Khalid Butt was charged again with money-laundering and passport fraud in March, 2003, operating a money-laundering ring from a Times Square restaurant, probably to fund terrorism.

No money scam in Pakistan is complete without financial wizard, Ishaq Dar, once a money laundering reference was prepared by the Musharraf government against Mian Nawaz Sharif and Mian Shahbaz Sharif on the basis of Ishaq Dar’s deposition. Unbelievable though it may seem today, Mr.Ishaq Dar had spilled the beans in a handwritten statement to the court in April 25, 2000, he had disclosed that the Sharif brothers used Hudaibya Paper Mills as a cover for money laundering during the late 1990s. Ishaq Dar’s deposition happens to be an ‘irrevocable statement’ as it was recorded under section 164 of the Criminal Procedure Code (CrPC). Ishaq Dar had also detailed in the 43-page statement that on the instructions of Mian Nawaz Sharif and Shahbaz Sharif, “I opened two foreign currency accounts in the name of Sikandara Masood Qazi and Talat Masood Qazi with the foreign currency funds provided by the Sharif family in the Bank of America by signing as Sikandara Masood Qazi and Talat Masood Qazi”. He disclosed that all bank instructions were given by him on behalf of the “original depositors”, namely Mian Nawaz Sharif and Mian Shahbaz Sharif. “The foreign currency accounts of Nuzhat Gohar and Kashif Masood Qazi were opened in Bank of America by Naeem Mehmood under my instructions (based on instructions of Sharifs) by signing the same as Nuzhat Gohar and Kashif Masood Qazi.” Dar had also mentioned another previously opened foreign account in the name of Saeed Ahmed, a former Director of First Hajvari Modaraba Co, this account was used to deposit huge foreign currency funds provided by “the Sharif family” to offer them as collateral to obtain different direct and indirect credit lines.

Ishaq Dar had also disclosed that the Bank of America, Citibank, Atlas Investment Bank, Al Barka Bank and Al Towfeeq Investment Bank were used under Sharif family instructions. He even implicated himself with the confession that he and his friends Kamal Qureshi and Naeem Mehmood opened fake foreign currency accounts in different international banks. $3.725 million in Emirates Bank, $8.539 million in Al-Faysal Bank and $2.622 million were transferred later on in the accounts of Hudaibya Paper Mills, all the above mentioned foreign exchange ended up in the paper mills a counts. The National Accountability Bureau still has to decide regarding the Hudaibiya Paper Mills case. So one concludes that Ishaq Dar holds the post of Finance Minister due to his money laundering talent .

All these years, on the sidelines, Ishaq Dar built himself a business empire, reportedly managed by his two sons Hasnain Dar and Ali Dar. The powerful HDS group has been dealing in the construction and sale of the costliest, prime real estate in Dubai. These are just two examples of money-laundering on a massive scale by those on the highest posts in the present government. It seems that money-laundering experience is mandatory to be successful in PMLN.

Recently, the Islamabad High Court issued notices to Mian Mansha Group, State Bank of Pakistan, Federal Board of Revenue in a case regarding illegal transactions of money to offshore accounts and construction of a hotel by Mian Mansha in London. Mr. Mansha made illegal financial transactions of billions to foreign countries, as well as constructed a hotel worth €70 million in London. The State Bank was requested by a Senate Committee to investigate the accounts where the illegal money was transferred.
Previously, the National Accountability Bureau issued a notice to Mian Mansha, the owner of Muslim Commercial Bank to appear before the authority in the case of MCB privitisation, the bank had been sold at much less than its market value.
Mansha is with Nawaz Sharif on most of his foreign tours, most probably for financial advise and to get a share in the business transactions.

The recent Panama leaks have revealed offshore companies belonging to Nawaz Sharif’s children, ostensibly meant to hide or launder ill-gotten wealth and avoid taxes. This entire matter has called his credentials into question, elsewhere in the world there are examples of political leaders that resigned from office as they could not withstand the pressure. Nawaz has been quite defensive, saying that no offshore companies or assets were shown to be held in his name, and that he could not be held accountable for what was owned by his children. It is quite reasonable to question the origins of the money trail and his business properties. Corruption allegations have always followed Nawaz Sharif since the 1980s, most of what the Panama leaks exposed has already been the subject of a federal inquiry in the mid-1990s.

Pakistan’s laws were altered on purpose to facilitate money laundering and tax evasion in a legal manner in the 1990s during Nawaz’s first stint as PM. More than $9 billion are illegally remitted outside Pakistan, according to the 2013 report of the Governor, State Bank, foreign currency accounts lie protected under the Protection of Economic Reforms Act, 1992. Sections 5 and 9 of this Act and Section 111(4) of the Income Tax Ordinance, 2001 provide complete immunity. Before this Act was passed, Pakistan had a controlled foreign exchange regime. Section 111 (4) of the income tax law also facilitates whitening of illegal money through foreign remittances.

Meanwhile, educated youth are unable to find jobs while experts in money laundering land the top jobs. People like Shaheen Khalid, twice jailed in the U.S., rule the roost. Pakistan cannot progress while these money launderers and criminals manipulate our financial system to generate loopholes for escape. The same Ishaq Dar who admitted to court of doing money laundering for the Sharifs, is now father-in-law of Nawaz’s younger daughter and also the country’s Finance Minister, notwithstanding rampant corruption. Only the Pakistan Army is capable of carrying out an accountability process to nail these corrupt mafias operating inside Pakistan. Individuals like Shaheen Khalid and Ishaq Dar must be immediately removed for their money laundering crimes and financial scams.

Al-Rasub is not responsible for writer personal opinion, facts and figures, Article first published in defense.pk