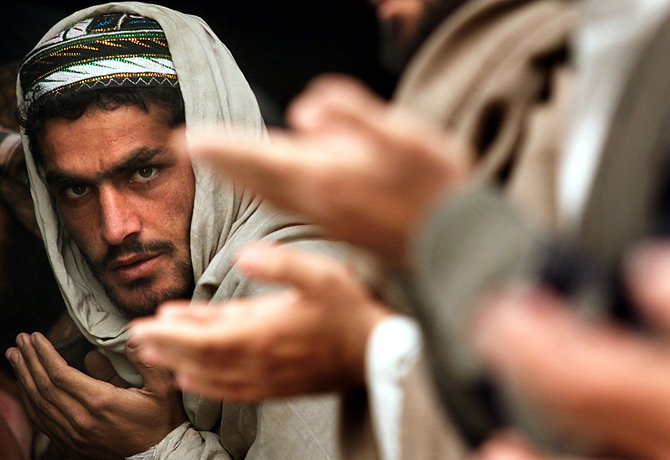 Pakistan has a 96.4 % percent Muslim population, Sunni 85-90%, Shia 10-15%, this is a substantial Shia population, the largest is in Iran. 1.85% are Hindus and 1.6% are Christians. In recent years, Shias or minorities have been victims of terrorism, but not more than the majority Sunnis who have died in huge numbers.

Proxy war and urban warfare is a reality in today’s world, especially if the adversary is a nuclear power and it is not feasible to engage it in a regular war. This was the case with Pakistan, all its enemies and competitors engaged in proxy warfare with it, some more and some less.

Terrorism in Pakistan cannot be segregated on ethnic or sectarian lines, terrorists try to exploit these faultiness occasionally but then switch to something else where they can cause more destruction and get world attention.

Shias have been victims of terrorism in Pakistan, but comparative statistics belie the theory that sectarian target-killing is going on here because of the majority of Sunnis.
It is Sunnis themselves who are mainly victims of suicide attacks or any other form of terrorism.

If nearly 15% of Pakistanis are Shias they have chance of facing a terrorist attack.
Pakistan has suffered losses of $80 billion dollars and more than 50,000 lives in the war on terror over the last 10 years. Everyone’s at risk regardless of their religious affiliation.
A comparative breakdown of Sunni and Shia victims dispels the impression that only Shias are being killed specifically.

Shias were less than one eight of the total victims of terrorism, targeted attacks were carried out on Sunnis as well. 60% of the victims died in bomb blasts and explosions.
Surely, Shias do become victims of crime in Iran which is a Shia country altogether, even though it has less of terrorism.

Recently Fatima Bhutto happened to write an article on Shias being attacked in Pakistan by Sunnis. “They are everywhere, the victims and the perpetrators both,” she wrote in The Hindu with mindless fury. Saying Shias have overtaken Hindus and Christians as targets of sectarian killings, Fatima Bhutto has said that Pakistan has become a country of ghosts.
Her anger at Pakistan is never-ending, she perpetually finds fault in the country to which her father belonged.

Once before, she said if she lived in Pakistan she would get a nervous breakdown.
Still, she owes her fame due to the Bhutto name, in emotional tirades she often lambasts the people of Pakistan. She never stopped to think of the millions of Sunni Pakistanis who lost their life to this region,s terrorism, instead she chose to pick out Shia or minority cases of terrorism.

It is wrong to use isolated incidents to incite Shia-Sunni conflict where none exists.
There have been many inter-marriages and the massive majority of Pakistanis has no problem with any sect. She also has objections to the discontinuation of the moratorium on the death sentence. She goes on to say” “This was the response after the brutal
Peshawar school attack: kill death row convicts and we will be safer. But since then,
we have only had more blood.”

She has gone totally off- track here too, lifting the moratorium was not about revenge but about justice for heinous crimes. The Peshawar APS school attack was Pakistan, s 9/11, if this attack had not awakened everyone from hibernation then we were not worthy of being called a nation.

There has not been “more blood” terrorist attacks have decreased in the country.
This kind of remarks delight Pakistan, s enemies and it is they who want mileage out of such articles.

It would have been more befitting if Fatima had delved in some fact-finding instead of this outburst, it unfortunately seems like she wants to be in the limelight by projecting this negative image of Pakistan.

Pakistan is vulnerable to terrorism due to its geo-strategic importance.
Its location attracts attention and all major powers become interested in acquiring leverage here.

Drone attacks on Pakistani territory further created a backlash against Pakistan.
India took advantage of the situation, it established four consulates and an embassy in tiny Afghanistan and started creating problems in Baluchistan province of Pakistan.
It also got together Arab and Taliban fighters and local mercenaries to create the TTP (Tehreek e Taliban Pakistan). Weapons used by TTP against Pakistan army in Swat were all US-made which US said were stolen in Afghanistan. The US was also worried about the building of Gwadar port by China in Pakistan,s Baluchistan province, it felt this might decrease US importance in this valuable region, and recently the China Pakistan Economic Corridor is threatening for India.

India, s intentions are easily understood, Modi on his recent visit to China tried his best to dissuade the Chinese from executing CPEC. Once I had the opportunity to read some tweets of Lt.General H.S.Panag @rwac48 on Twitter, his comments illustrated the Indian plan very succinctly,here are six of those tweets.

“Our strategy must focus on direct covert actions and exploiting the Pakistan faultiness i.e. Baluchistan, FATA, Baltistan, Shias and economy.”

“Saudi Arabia and Qatar have been funding Islamic radical organisations, but Baluchistan has all the fault-lines, ethno, religio, economic and state suppression.”

“Pakistan has severe limitations and many faultiness,Exploit them.Firing on the LOC is stalemate activity.”

“War is no option.Apart from diplomacy aim to cause deterrent pain.Covert ops to exploit fault-lines best bet.”

“But rather than the religio, it is ethno-eco fault-lines which are more critical.”

There is no easier way to illustrate the Indian stance than with these tweets.

These were the main triggers of terrorism, the provincial capitals were particularly volatile as those were the government power base, and attacks there had a more theatrical and dramatic impact.

Terrorists felt they wreaked more destruction there, got more media coverage,targets and better hiding places. So, in this way, sleeper cells of such groups still exist in all large cities and they are used to carry out attacks of all types, against minorities or sects, foreigners, anything which can grab world attention.

The Karachi airport attack or APS school attack were on a larger, almost war-scale.
Terrorism has greatly decreased in Pakistan due to the army operation Zarb e Azb, in this the entire TTP infrastructure has been destroyed. Terror incidents significantly declined since June 15, 2014 when the operation began, there is 82 percent decline in number of terrorists’ attacks and 87 percent decline in number of casualties during the last four months of the current year as compared to the corresponding period of last year.
Rangers, operations in cities like Karachi have also helped bring down the crime statistics of kidnapping, extortion and the daily head count of deaths in the city decreased drastically as they dismantled the gang-war set up.

If the army and law enforcement agencies keep giving this kind of results terrorism can be virtually wiped out of the country maybe in just a years time.

Note:  Al-Rasub is not responsible for writer personal opinion, facts and figures.