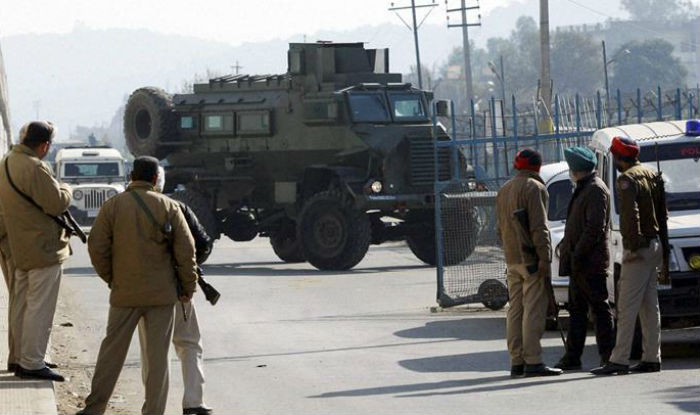 The recent Pathankot  fiasco has made the Indian government look very inefficient, Modi’s friends and confidantes are  very edgy these days.

Recently, Sajjan Jindal, the steel magnate  who had brokered the Modi business visit to Lahore, let off steam on Twitter with this tweet which reflects the mood on the other side of the border.
“Very unfortunate that whenever India & Pakistan start a dialogue, agencies in Pakistan create terror to remain relevant ‪#‎PathankotAttack‬.”

Astonishingly, the narrative from the Indian side seeks to pin the blame of the Pathankot incident on Pakistan even as the incident transpired, this hasty conclusion  was widely circulated by the  Indian media, not only that, it also found favour in some Pakistan media circles.

The gist of the narrative is that the  Pakistan Army does not want peace with India in order to remain “relevant” in Pakistan and it vies to remain in the foreground.

The general idea is that the Nawaz government is peace-loving and favours India, it is the Pakistan Army which is responsible for the failure of all peace overtures in the past.

This theory seems to infer that the Pakistan Army has no utility if there are no wars between India and Pakistan. A certain pattern to Indo-Pak relations has been observed over the  past decades.
Relations always hit an abysmal low after reaching a hiatus, spaced by an ominous lull in between.

There definitely is some lobby involved in playing out this heinous modus operandi.

The facts on  the ground are vastly different, it is not the Pakistan Army that is not relevant. It is the Indian Army which has become irrelevant over the past two decades, and it is desperate to remain relevant in India.

It is the Indian Army that needs the ‘Pakistan card’ to remain relevant, it lacks occupation and is miserably out of practice.
This idleness has led to it losing importance in the Indian body politic.

On the contrary,  the Pakistan Army has been fighting the deadly War on Terror for a decade, and then since 2014, it has been busy with the successful operation Zarb e Azb at home, it is experienced in counter-insurgency and preventing proxy warfare.
As a matter of fact, it would be hard to find a more war-ready, battle-hardened army than the Pakistan Army. Pakistan army certainly needs to play no ‘card’ to maintain relevance in Pakistan.

Now lets see what could be keeping India’s army of 14 lakh relevant over the years. In the  past 16 years, there has been no war between India and Pakistan.

Besides the  War on Terror, the Pakistan Army has also played a role in the  following law enforcement and disaster management operations:

Rescue, Relief and Rehabilitation in Earthquake 2005

Rescue, Relief and Rehabilitation in Floods of 2010

These are just a few examples to demonstrate  the relevance of the army in Pakistan, it does not need to play any ‘India’ card as is being propagated by vested interests.

In comparison, the Indian Army has played no role in the global war against terrorism.

All these years, the Indian Army has mainly been occupied in running canteens. Since the Indian Army had become irrelevant, it carried out the  Parliament Attack in 2001 to blame Pakistan and brought forces on to the borders.

In 2007, the Indian Military Intelligence carried out the infamous Samjhota Express bombings to blame Pakistan, the perpetrators of this attack still go scot-free.

Again in 2008, as a year of inactivity and indolence passed, the Indian Army carried out the false flag attack in Mumbai, and brought its forces on the borders.

Time and again, evidence and testimony has come to light making it evident that the Indian establishment itself had a hand in these crimes. Incidents like the assassination of Hemant Karkare and the testimony of ex-CBI investigator Satish Verma make it obvious that terror attacks are home-grown.
Even the latest Pathankot attack has many loopholes, which have no viable explanation.

In 2015, while the  Pakistan Army was fighting terrorism and implementing the National Action Plan, the Indian Army started with more false flag attacks on its cantonments and convoys in Eastern states.

For example, the attack on the Anantnag army camp and attack on a convoy in Manipur, all  of which were blamed on Pakistan.

While the  army in Pakistan has been busy with the War on Terror, the army in India was busy in corruption, not only this, even its COAS fabricated his birth certificate to alter his actual age.

Over the past 15 years, the armies of U.S., NATO members, Russia, Pakistan, Saudi Arabia, Qatar, Turkey, China, Australia and Canada have been busy in fighting insurgencies in various regions of the world.

Only the Indian Army remains out of this equation, losing all relevance. It only has the Pakistan-card to play in India to gain the attention and support of its public.

For a country with so many human issues such as overpopulation and rampant poverty, where half the population is homeless, it is not easy to maintain an army of 14 lakh without portraying Pakistan as an enemy.

It is a compulsion for the Indian Army to carry out a false flag every year, otherwise the masses would query the purpose of such a huge army.

As much as the Indian Army carries out falseflags in desperation to remain relevant, sometimes the attacks backfire due to shoddy planning.

Pathankot is the latest example, instead of making the Pakistan Army controversial, it has made the Indian Army look incompetent.

Note: Al-Rasub is not responsibile for writer personal opinion, facts and figures.