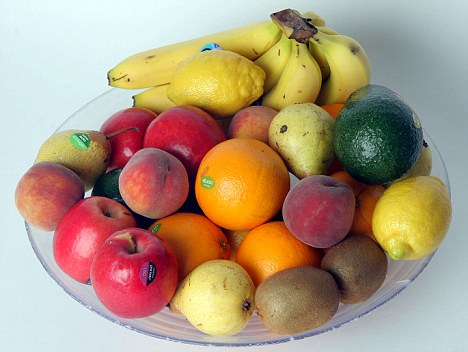 A new test to indicate which people are most at risk from life-threatening allergic reactions has been developed by British scientists.
The procedure measures levels of an enzyme in the blood which is involved in allergic reactions that can cause potentially fatal anaphylactic shock.
Medics hope the test could become the definitive, gold standard test for the diagnosis of severe allergic reactions across the world.
One in three Britons suffers from an allergy and the number of cases is rising by five per cent every year.

It was developed by the University of Southampton’s Dr Andrew Walls working with doctors at Southampton General Hospital to help combat a rise in serious allergic reactions to such things as peanuts.
‘Allergic reactions to drugs are increasingly common and reactions to food such as peanuts, tree nuts and fruit are also a concern, particularly in children and adolescents,’ said Dr Walls, a reader in immunopharmacology.

‘But reliable tests for establishing the risk of a reaction have not been available, leaving patients vulnerable to serious reactions in the future.’
Levels of an enzyme called CPA3 are considerably higher in the blood of people who are prone to life-threatening allergic reactions compared with those who are not.
The level of enzyme can increase rapidly within minutes of the onset of serious allergic reactions, known as anaphylactic shock, and remain elevated for more than a day afterwards.
Using materials developed over a period of years in his research lab, Dr Walls has created a technique to measure these levels in patients and find out who is most at risk.
ref: http://www.dailymail.co.uk