The day when southpaws aren’t left right out

by Newsmaster
in Education
0

How many famous left-handed people can you count on your left hand?

It’s supposed to make the rest of us aware of the challenges that come with living as a left-handed person in a right-handed dominated world. All those messy Christmas cards from smudging ink, and trouble opening locks have got to have some advantages, right?

But you get the feeling that if everything we read were true we’d be commiserating, not celebrating with left-handers today. Few human physical characteristics have been viewed with more suspicion and intrigue than left-handedness. 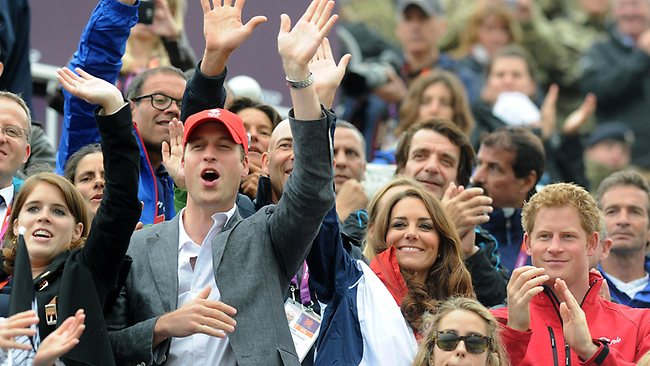 Hands up if you’re left-handed: Prince William is part of the International Left-Handers Club. Source: Supplied

In the early days of Christianity, left-handed folk were considered evil. That was mostly because they associated the right hand with blessings and making the sign of the cross. Also, it was widely believed that the devil sat on the left hand side.

But we can’t blame all on our misgivings about left-handedness on superstitious ancestors.

Schoolteachers only stopped trying to re-direct left-handers in Australian around 1960. Plus, quite a few recent international studies have uncovered some pretty glum results.

Like the fact that left-handedness can be caused by a woman experiencing high levels of stress throughout her pregnancy. According to this piece in the Wall Street Journal, cortisol, the body’s main stress hormone, can interfere with brain development, leaving pregnant women three times more likely to have left or mixed-handed children.

Another Swedish study found left-handed people can also be more prone to impaired learning and function and even greater risk of brain injury because of their right-brain dominance.

But it’s not all doom and gloom. Left-handers have also long been considered smarter than their right-handed counterparts. And that comes down to the idea of right and left brain dominance.

At the end of the day however, most of this science is far too inconclusive, said Australian Medical Association President Dr Steve Hambleton. He told news.com.au. there really aren’t many clear advantages or disadvantages of being left-handed, although he does recommend investing in a good supply of left-handed implements. Especially hockey sticks and scissors.

And what better way to celebrate International Left-Handers Day than taking a trip to “The Leftorium”.

Over to you, Ned.

The Benefits of the Internet for Students

Why is it Important to Keep Learning in Your Career