by Newsmaster
in Sports
0

”A five Test match series can be tough especially if you fall behind early, on the other hand its enough time for a team to Bounce Back”: Sourav Ganguly

The last time India toured England, they were whitewashed 4-0 in the Tests. Well its not easy to play A Five Test match series against a strong home side Nation.

India play a five-match Test series in England for the first time since 1959 with Trent Bridge, Lord’s, the Ageas Bowl, Emirates Old Trafford and the Kia Oval all hosting Investec Test Matches, on the other side if you go on a long tour you need to play some practice matches to warm up only that is why Leicestershire, Derbyshire and Middlesex will host tour matches against India.

India tour of England 2014 will start on Wednesday, July 9, 2014 in England according to cricket calendar advertised. England vs India 2014 is a Bilateral Series to be composed via England. India tour of England 2014 will comprise of 5 Test, 5 ODI and 1 T20 match to be facilitated via England in Jul-Sep 2014. The England vs India 2014 Bilateral Series will arrives at end on Sep 7, 2014. 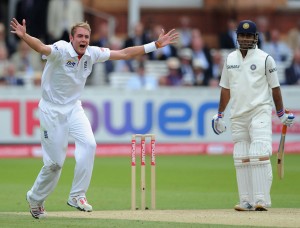 Well, on the other side India has announced the 17 men Squad for the series against England, the big news is Zaheer Khan is out and Gambhir is in. India also calls young pacer Pankaj Singh.
Here is the complete 17 men squad:

Here is the complete schedule:

By: Mohammad Furqan Bhatti
Writer is University student and Sports Journalist based in Pakistan

Tokyo 2020: Olympic and Paralympic Games postponed because of coronavirus

How to Bring Football Manager to Life: Getting Involved with the Game

Manny Pacquiao graduates from university with a degree in political science

There is no Need to Stress out!

DIETARY HABITS TO MAINTAIN DURING LOCKDOWN