The Abu Dhabi Real Estate Sphere in 2016: Ballistic Growth on the Rise 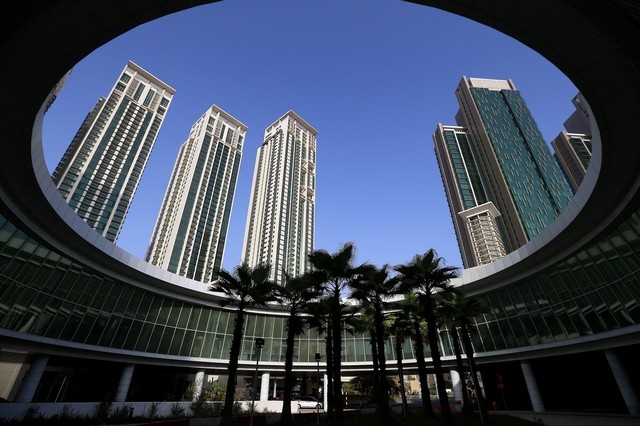 Talk about the UAE and half the world’s professionals go berserk over the number of opportunities and growth prospects that are associated with a work life here.  It goes without saying that the developments happening on different economic fronts have moved eyeballs in the entire Gulf region, but things have taken a steep ascent in certain sectors specifically.

As it is, the burgeoning real estate growth in the country has seen marvels like the Burj Khalifa in Dubai and the central market in Sharjah. However, the case to notice over here is the development of the real estate and construction sector in Abu Dhabi. Being one of the most populated and famous expat destinations amongst the seven emirates, it has the likes of the best foreign investors foraying into the market with soaring capitals that drive growth to the next level altogether.

Given below is a deeper insight into the Abu Dhabi real estate scenario and the prospects it holds for the year to come.

Numbers during the First Quarter

Localities like Al Rem Island, Al Raha Beach, Al Khalidiyah and Al Muroor have always been on a high as far as the real estate growth in the region is considered. However, the fact to notice over here is that the market seems to stay resilient in spite of the falling down oil prices throughout the Gulf region. Although the rental caps might have been pushing upwards all through the last year, but the developments expected during 2016 are positive ones.

Going by a year-on-year comparison, the rental numbers for studios and apartments have taken a dip of AED 64,000 and AED 98,000 all around the emirate. However, the average rental yield remains above the surface with a clearance of 7%. The emirate is leaving no stone unturned, just to keep diversifying across every non-oil alternative and keeps the economy stable. The same has enhanced transparency, improved competition and invited further rounds of investments for industry players in the region.

For sure the oil sector is wavering in the lows with OPEC making all efforts to keep them stable, but the Gulf countries and destinations like Abu Dhabi especially seem unhindered in terms of economic growth. Not to miss, the loosening lending restrictions have added to the list of prospective investors – a thing Abu Dhabi projects require at the moment. Expansion has been happening on all fronts actively and job creation in the sector is another thing to ponder over.

Renowned developers like Eagle Hills, Bloom properties and Golden Season Property Management have already started presenting projects and taking registrations for the increasing number of home buyers in the emirate. All of this kept aside, the major driving factor for users in Abu Dhabi has been the ability to fund all investments through mortgage plans and various finance schemes- a thing going prevalent in the emirate.

Not only this, with the increasing demand for affordable housing, the regime seems to be going highly watchful over the different kinds of quotas that can be implemented to develop affordable projects in the region. A total stock of 256,000 units is to be created during the long lying year, rest all depends on the approach taken by different corporations and the laws that pertain to their operations. More or less, this is going to be one of the most lucrative years for Abu Dhabi real estate growth.