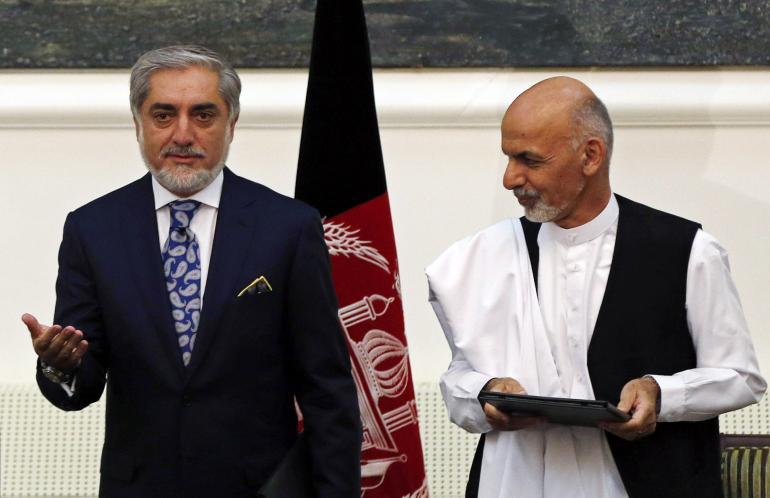 (Reuters) – Afghanistan’s Taliban militants on Monday decried a pact by rival election candidates to form a government of national unity as a “sham” orchestrated by the United States and they vowed to press on with their war.

Former finance minister Ashraf Ghani was named president-elect on Sunday after he signed a deal to share power with his opponent, former foreign minister Abdullah Abdullah, ending months of turmoil that has destabilized the country as most foreign troops prepare to leave.

Ghani’s administration must now not only forge an effective government after so much acrimony, amid doubts about how long the pact will last, but must also deal with an emboldened Taliban insurgency.

Ghani was scheduled to hold his first news briefing as president-elect later on Monday.

The Taliban have been fighting to oust U.S.-led foreign forces and their spokesman, Zabihullah Mujahid, rejected the national unity government pact as an unacceptable ploy orchestrated by their enemy.

“Installing Ashraf Ghani and forming a bogus administration will never be acceptable to the Afghans,” Mujahid said in a statement emailed to journalists.

“The Americans must understand that our soil and land belong to us and all decisions and agreements are made by Afghans, not by the U.S. foreign secretary or ambassador,” he said.

“We reject this American process and vow to continue our jihad until we free our nation from occupation and until we pave the way for a pure Islamic government.”… see more