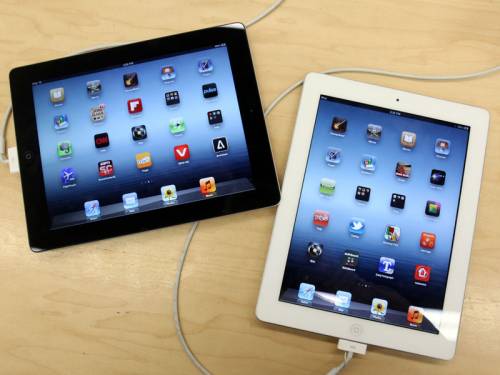 THE global market for tablet computers is extending its sizzling growth and will likely top 100 million in 2012, a research firm says.

The April-June quarter set a new record for tablet shipments of nearly 25 million units – up 36 per cent from the prior quarter and 77 per cent year-over-year, according to ABI Research.

Apple iPad shipments represented nearly 69 per cent of the total, according to a preliminary assessment by ABI.

“Most impressive about Apple’s 17 million tablet shipments in the second quarter was it nearly matched 2010 total worldwide shipments of 17.3 million for all vendors,” says Jeff Orr, an ABI analyst.

That included nearly a million of its older iPad 2 devices shipped to US education customers, which brought down the average selling price.

South Korea’s Samsung was the second biggest selling with over eight per cent and followed by Amazon and Taiwan’s Asus, while Dell and LG pulled out of the market.

With new tablets hitting the market from Google and Microsoft, ABI said it expects growth trends to continue.

The survey noted that most tablets operate as Wi-Fi devices without the ability to go mobile. Less than 27 per cent of new shipments included a mobile broadband modem module, down 12 per cent from a year earlier.

Many analysts believe Apple will launch a smaller version of its iPad later this year, and that Amazon will release an upgraded Kindle Fire.

Microsoft is set to release its Surface tablet in late October. Taiwan’s Acer and Asus are planning tablets using Windows 8 from Microsoft.