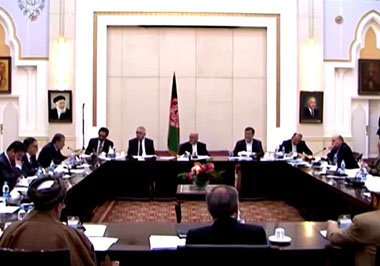 Rumor and speculation continue to fly around the formation of the new cabinet, a process which has dragged on for months and raised concerns about the national unity government’s ability to compromise effectively. Negotiations around the distribution of ministries between President Ashraf Ghani’s camp and that of Chief Executive Abdullah Abdullah have reportedly concluded, but bargaining over leadership appointments for the ministries remains unfinished, according to Abdullah’s deputy spokesman.

“Work is nearly in the completion stage for the formation of the new cabinet and we will soon introduce a number of ministers to the people of Afghanistan,” Jawed Faisal said.

Meanwhile, the President Palace has not commented on the formation of new cabinet. The caginess could be a result of the fact that the two deadlines previously set by officials close to the president have come and gone without appointments being made. But the lack of clarity on the process and its timeline has enabled rumor and controversy around the issue.

Previously, a list was received by Afghan media outlets indicating that the president and chief executive had already agreed on the individuals that would be appointed to the country’s top ministerial leadership positions. Yet given no announcements have been made to that effect, it is doubtful the list is fully accurate. Furthermore, sources close to the negotiations have indicated there remain some points disagreements between the president and chief executive when it comes to the appointments.

“The bargaining is aimed at ensuring the right people are introduced for the new cabinet, those individuals who are really capable and energetic and acceptable to the people,” political analyst Mia Gul Waseeq said.