Speak for the blind Indus Dolphins 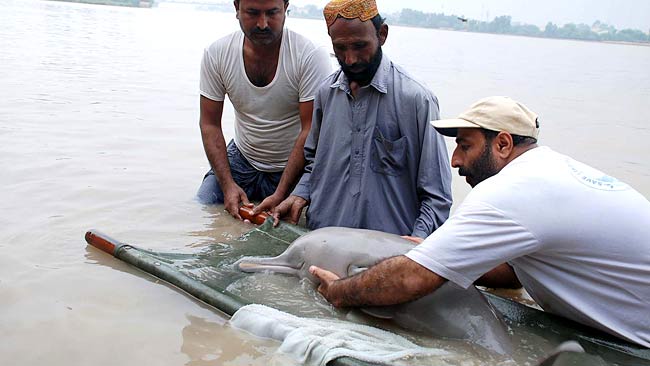 Indus river dolphins are one of only four river dolphin species and subspecies in the world that spend all of their lives in freshwater. They are believed to have originated in the ancient Tethys Sea. When the sea dried up approximately 50 million years ago, the dolphins were forced to adapt to its only remaining habitat—rivers. Only about 1,100 exist today in the lower parts of the Indus River in Pakistan. Numbers declined dramatically after the construction of an irrigation system. Most dolphins are confined to a 750 mile stretch of the river and divided into isolated populations by six barrages in Indus River in the Sindh province. 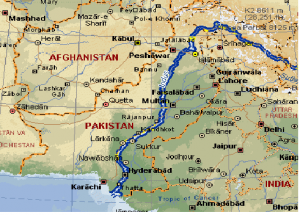 These dolphins have adapted to life in the muddy river and are functionally blind. They rely on echolocation to navigate, communicate and hunt prey including prawns, catfish and carp. 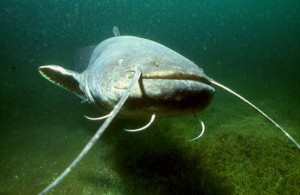 The main reason for the initial decline of the Indus river dolphin population was the construction of numerous dams and barrages that began in the 1930s. This construction split the population into small groups, degraded their habitat and impeded migration. Now the major threats include accidental capture in fishing nets, plus they are hunted for their meat, oil and for use in traditional medicines.

The construction of barrages has resulted in habitat fragmentation. Dolphins are rarely found these days in the lower parts of the Indus River due to water extraction which dries up downstream channels for several months each year. Some dolphins that have moved downstream are unable to swim back upstream because of strong currents and barrages. 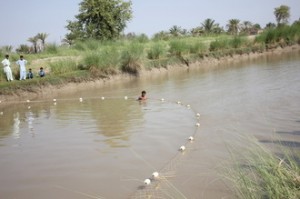 Some communities located at the bank of Indus river who rely heavily on fishing think of the Indus River dolphin as competition for fish so poaching still occurs sporadically despite a ban on hunting.

Fishing nets are set for extended hours and often overnight. Dolphins get trapped in the nets and drown. This accidental capture of the dolphins is known as by-catch. 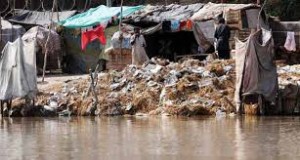 Untreated sewage from communities that reside along irrigation canals and the banks of the Indus River directly pollutes the water. Washing clothes and utensils in the river also causes pollution. Industrial Pollution has allegedly caused massive quantity of fish deaths in urban areas, which affects the Indus river Dolphin’s food supply. Pesticides from sugarcane and cotton crops also pollute the riverbank. 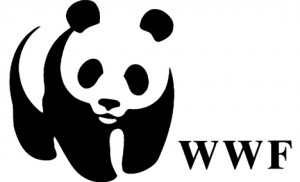 WWF monitors the Indus river dolphin populations and tracks their movements with radio tags. These tags revealed for the first time that the dolphins can cross the barrage gates in both upstream and downstream directions. In 2001, WWF coordinated the largest Indus river dolphin survey ever conducted.

WWF and the Sindh Agriculture Extension Department improve agricultural practices near dolphin habitat to reduce pollution in the Indus River. Farmer Field Schools are used to create widespread awareness among farming communities about how inappropriate irrigation practices and the indiscriminate use of toxic chemicals affects dolphins. Experts work with participating farmers to demonstrate the benefits of using less water and chemicals on cash crops like cotton. 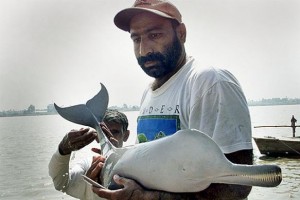 Since 2000, WWF and the Sindh Wildlife Department have rescued 80 dolphins from irrigation canals. WWF also educates fishermen who are engaged in promoting ecotourism activities, particularly dolphin watches, about the importance of protecting the Indus river dolphin.