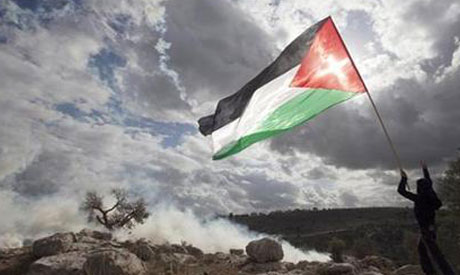 An Israeli military spokeswoman told AFP there had been “no rocket fire at Israel nor any Israeli attacks in the Gaza Strip since Wednesday night.”

In Gaza, Palestinians officials also confirmed a quiet night without any air strikes, although a militant group called the Mujahedeen Brigades claimed to have fired three rockets over the border at 6:00 am (0400 GMT).

Military and police sources said they were not aware of the incident, but the army later said one rocket had hit southern Israel.

Israeli schools near the border were operating as normal, public radio said, after being closed for the day due to heavy rocket fire which began on Tuesday night and sparked a brief but deadly confrontation between militants and the Israeli army.

Late on Wednesday, Israeli and Palestinian officials told AFP that an Egyptian-brokered ceasefire would go into effect at midnight (2200 GMT).

Among those firing on Israel was the armed wing of Gaza’s ruling Islamist Hamas movement — the Ezzedine al-Qassam Brigades — which said three of the dead were its own militants.

A fourth man was from the Popular Resistance Committees (PRC), which also claimed to have fired rockets at Israel.

The latest surge in violence began on Tuesday evening, shortly after a top-level state visit to Gaza by the Qatari emir to inaugurate a multi-million dollar project to rebuild the impoverished Palestinian enclave.

During the evening, militants fired six rockets at Israel and in response Israeli aircraft killed two Hamas militants in raids on northern Gaza, prompting a further wave of rocket fire.

An early-morning Israeli raid near southern city of Rafah Wednesday killed a third militant — from the PRC — and another Hamas militant who was hurt in Tuesday night’s strikes died of his injuries later, medics said.

“Hamas will receive its punishment for what has happened here,” Israeli Defence Minister Ehud Barak said Wednesday, and Prime Minister Benjamin Netanyahu also warned that any continuation of rocket fire would prompt a “much more extensive” Israeli response.

Gaza’s Hamas government issued a statement “condemning the Zionist aggression against the Gaza Strip,” and warning of its consequences.