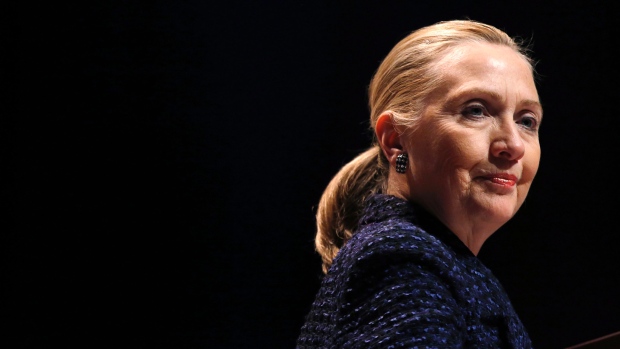 New York – US Secretary of State Hillary Clinton has been admitted to a New York hospital after doctors discovered a blood clot during a routine follow-up exam.
On December 13th, Secretary Clinton sustained a concussion after fainting due to dehydration from a stomach virus. She has been recuperating at home since the fall.
On Sunday, Clinton’s doctors were conducting a routine exam to monitor her recovery. During that exam, they located the blood clot.
A statement released by her office stated:
“In the course of a follow-up exam today, Secretary Clinton’s doctors discovered a blood clot had formed, stemming from the concussion she sustained several weeks ago. She is being treated with anti-coagulants and is at NewYork-Presbyterian Hospital so that they can monitor the medication over the next 48 hours.”
A concussion is a blow to the head that disrupts the normal function of the brain. Although rare, blood clots can form on the brain after a concussion . The clots put pressure on the brain, which can lead to brain damage in some cases. If a piece of the blood clot breaks loose, it can block a blood vessel in the brain, causing an embolic stroke.
Anticoagulants, which suppresses blood coagulation, are commonly used to help prevent an existing blood clot from growing. According to Hematology.org, clot busters are used to help dissolve blood clots. Other treatments for blood clots include Catheter-directed thrombolysis. This procedure involves inserting a catheter into an artery and directing it toward the blood clot. The catheter then delivers clot-dissolving medication directly into the blood clot.
Thrombectomy, which is the surgical removal of a clot, may be required in some cases.
ref: http://digitaljournal.com