Pakistan has had one of the biggest death-row populations in the world with 8, 500 convicts, as Zardari had a five year moratorium in place on executions since 2008 , only interrupted once in 2012 when a soldier was executed.

Nawaz Sharif had also suspended the death sentence after coming into power. The seven-year moratorium was lifted and the death penalty was partially reinstated in the aftermath of the Peshawar school massacre last year in December. Pakistan announced that it would reintroduce hanging for non-terrorism offences, about 30 people have been executed since then.

According to Amnesty, Shafqat Hussain was a 14-year-old boy at the time of his alleged offence and his confession was reportedly obtained by torture.The widespread campaign by local NGOs and human rights activists caused him to be saved from the gallows by a last minute stay.

The UN in Pakistan urged the government to reinstate its moratorium as soon as possible. Pakistan faced international pressure to halt the “unlawful” execution of the now “24-year-old” Shafqat Hussain.

Shafqat was arrested in 2004 and charged with kidnapping and involuntary manslaughter after he allegedly admitted to having abducted a seven-year-old boy. International human Rights groups warned that the execution would be in breach of both domestic laws and two international treaties – the International Covenant of Civil and Political Rights and the Convention of the Rights of the Child, of which Pakistan is signatory – that forbid countries to hand death sentences to individuals who committed a crime before turning 18.

There were some Pakistani liberal and secular folk who spearheaded the movement such as Fatima Bhutto, Marvi Sirmed, Beena Sarwar etc, a lot of inaccurate and incorrect information was shared with media channels, human rights organisations and international correspondents. Justice Project Pakistan, or JPP, was the front-runner in the whole campaign, it is a human rights law firm also functioning as an NGO and is located in Lahore.

JPP claims to work free for vulnerable prisoners, like those awarded the death penalty and victims of police torture, the lady behind JPP and the Save Shafqat campaign was Sara Bilal. In the past she has been lawyer for some Pakistani detainees at Bagram and has been warning Pakistan that it is violating the Geneva Conventions by failing to repatriate its citizens.

Claiming to investigate vulnerable prisoners, it should have been quite simple for Sara Bilal to verify court records, circumstantial evidence, police files and could have even met the prisoner who is a bearded man in his mid 30s. 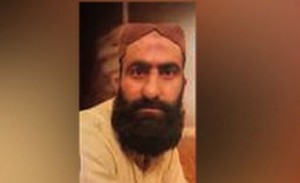 All this should not have happened at all.

The aforesaid ladies used all their contacts obtained whilst living abroad, trying their utmost to run down the justice system here, all the liberal twitterati jumped onto this latest bandwagon save a few who knew throughout that the campaign was flawed and kept silent.

An aggressive social media campaign #SaveShafqat was unleashed and the execution was stopped barely a few hours before he got executed.

“Shafqat Hussain’s case is one of “thousands of such cases,” Marvi Sirmed, a human rights activist said, adding that Pakistan’s judicial system and its juvenile laws need an overhaul and the death sentence be suspended again. These activists rejoiced when they managed to stop his execution.

These local activists did their best to spoil Pakistan, s image all over the world projecting it as a barbaric country which hangs juveniles, totally forgetting the human rights of the 7 year old boy who was killed by Shafqat.

After investigations by the Federal Investigation Agency (FIA) came to light recently, all these self-imposed saviours of society and NGOs with an agenda, lie naked for the world to see, their wilful representation bordering on perjury.

Their nefarious game was to prove by fake documents and one old, undated picture that the killer was a juvenile.

The Interior Ministry forwarded the FIA report to the president, prime minister and the Supreme Court’s Human Rights Cell, the UN and international human rights organisations to dispel the mis-information campaign by activists here. Ostensibly, these activists and NGOs were attacking Pakistan’s criminal justice system and trying to get the death penalty banned so that terrorists get respite.

The FIA report confirmed from police, witnesses and court records that Shafqat was 23 in 2004, the FIA also obtained his latest photos and photos at time of arrest.  Before this, the local activists were circulating a photo of when he was younger.
Court documents are available in which the killer had verified his actual age before a judge.

The FIA report showed that a fake Dec 2014 birth certificate of Shafqat Hussain has now been cancelled by the AJK authorities.

The case was in court for 10 years, the issue of Shafqat being under-age was never highlighted in court, nor did his family ever plead that he was a juvenile when he committed the offence.

Shafqat Hussain,s death warrant has now been issued for 6th May, he will be hanged on May 6 in Karachi Central Jail at 5:30am. Some time ago, one of the same NGOs approached Islamabad High Court that the government should set up a judicial commission on this case already decided by the apex court.

It is truly baffling that these NGOs and activists did not consider the 7 year old victim human, or his parents feelings, they did not mention the victim even once throughout their extensive social media campaign.

Even now, when all their propaganda content has hit them in the face, they have refused to withdraw their articles and material which were lies. Even after they have come undone, they cannot see the writing on the wall.

Shafqat was working as chowkidar at an apartment building since 5 years, before he committed the crime according to the case history.

It is improbable that he would have been hired as chowkidar at the age of 9 if he did murder the child when he was 14.
According to the records, Shafqat himself confessed that he lured the boy to his room saying that he would show him a rabbit.

Shafqat seems to have been a paedophile and he killed the child with a rod as he tried to run. After this Shafqat threw the body in a gutter and made a ransom call to the boys parents.
Ultimately, the sick creature was caught when he collected the ransom, how do NGOs condone and lie for this evil kidnapper, murderer and paedophile?

The false, concocted Shafqat Hussain issue was being used to highlight the country negatively, stop executions and get free publicity for themselves, in future international media and international human rights organisations should stay away from this kind of activists, liberals or whatever they like to be known as.