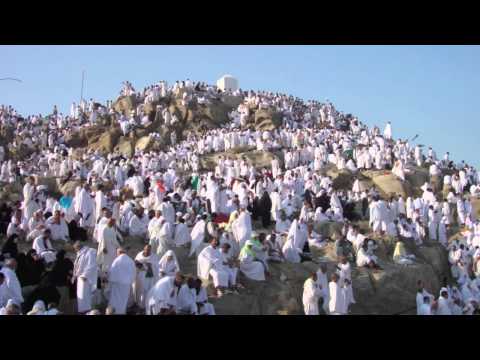 The valley of Mina yesterday reverberated with the chants of “Labaik Allahuma Labaik … Here I am at Thy service O God,” as more than three million pilgrims from around the world converged on the tent city on their first stop to the plains of Arafat.
Once in the city and in their fire-proof tents, the pilgrims busied themselves in reciting the awe-inspiring talbiyah or the verses from the Holy Qur’an or trying to locate their near and dear ones. Many were seen trying to catch some sleep after an energy-sapping journey from Jeddah and Makkah.
The flow of pilgrims from Makkah to Mina and Jeddah to Mina was smooth and without any major hiccups. Foreign diplomats heaped fulsome praise on the Saudi authorities for excellent arrangements.
“Most of our pilgrims reached Mina in time and there were no major hassles,” said Indian Consul General Faiz Ahmed Kidwai. “The arrangements are exceptionally good this year and the Saudi authorities deserve our praise,” he told Arab News from his camp in Mina.
Security forces in helicopters kept a close eye on possible bottlenecks on the Makkah-Mina artery and constantly relayed the situation to their men on ground.
The pilgrims could barely control their excitement on reaching Mina.
“I have been dreaming of performing Haj all my life,” said a teary-eyed Ibrahim Abdu Rabbo, a 65-year-old pilgrim from Java, Indonesia. “I have always been praying and beseeching Allah to grant my wish to come to this cradle of Islam and do what our beloved Prophet (peace be upon him) have instructed us to do.”
He refused to take the bus to Mina from Makkah and instead walked all the way into the tent city.
“My legs may be weak, but my spirit is unshakable and unwavering … I walked this distance because I wanted to follow into the footsteps of our Prophet. Just by being in this place has sent my morale soaring,” he told Arab News.
Sikandar Hayat, a 40-year-old Pathan from Mardan, Pakistan, was similarly excited.
“I am overwhelmed by this sea of white tents. My relatives did give me an idea about what to expect but then the picture in my mind’s eye was nowhere near what I am experiencing here today,” he said.
Syrian pilgrims who were once very shy of speaking out were this time very outspoken. “We suffered a lot under Bashar Assad and we were afraid of saying anything which was not politically correct,” said 51-year-old Mohammed Rajab. “Things have gone for the worse for average Syrians in last 14 months. At Arafat, we will beseech God to protect our brethren who are being killed without mercy,” he said and wiped his tears.
Mohammad Abdul Wajed, from Moradabad, India, did not how to react.
“It is a great feeling to be a part of such a big community … Now I know I am not alone … All these people in ihram are my community and it gives me a great sense of relief,” he said in a voice choked with emotions. “We are more than one billion, we are not a minority.”
Forty-one-year-old Haruna Sayibu from Tamahel, Ghana, was overwhelmed by his emotions. “I can’t believe that I am here in Mina. There are thousands and thousands of Muslims who yearn to come here and perform Haj but only the lucky ones manage to come here,” he told Arab News. “I really don’t know what to pray for. All these while I would pray for coming here, and now that I don’t know what more to ask for. Allah has been very kind to me.”
Today, the pilgrims will move toward Mount Arafat, the plains from where the Prophet Muhammad (peace be upon him) delivered his last sermon more than 14 centuries ago. The pilgrims will then return to Mina to sacrifice an animal, generally sheep, marking Eid Al-Adha, which starts on Friday to mark the culmination of the pilgrimage.