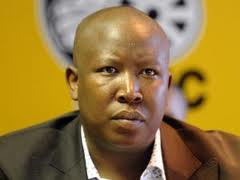 Malema has until 16 April to argue why the order, brought by Sars before the High Court in Pretoria, should not be made final.

The application for the order, held in chambers, was brought after the sheriff of the court attempted to remove assets from his Florapark, Polokwane home, and some of them were no longer there. The assets had been auctioned off in February for R54 810.

Sars investigator Pieter Engelbrecht said in an affidavit: “Sars regards the respondent’s [Malema’s] actions to remove… assets falling under attachment as a dissipation or an attempt by him to hide assets to the detriment of his creditors.”

In January the assets at this home, and at his second home in Sandown, Johannesburg, were attached as part of efforts by the taxman to cover his tax bill of over R16m.

Sars has applied to have Malema placed under sequestration and under curatorship.