Samsung in galaxy of pain as tablet banned in US 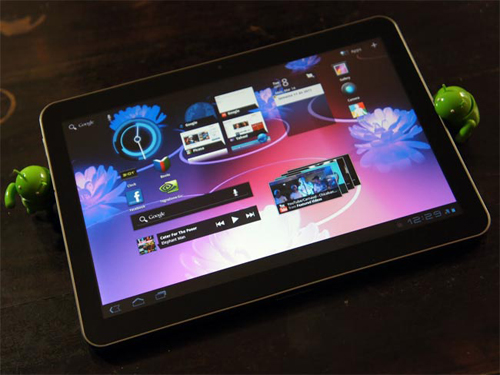 SAMSUNG Electronics Co says a US court has prohibited it from making or selling the Galaxy Tab 10.1 tablet computer in the United States.

But for the time being, it will still remain on sale in Australia.

Samsung said it was disappointed that the court ruled that its tablet infringed Apple technology because it was too similar to the iPad.

The court said that Samsung has also been banned from importing the device, or any other product that is “no more than colorably different” and “embodies any design” that infringes Apple’s patent, into the country, according to court filings.

District Judge Lucy Koh ruled that Apple make a strong case that Samsung had copied the design of the iPad, NASDAQ reported.

Apple last year asked the US District Court of Northern California to block sales of the Galaxy Tab 10.1, firing up a legal battle between the two electronics giants over smartphones and tablet computers.

The preliminary injunction bars Samsung from making or selling the tablet or any similar devices in the US.

The latest court order is the second decision that rules Samsung’s Galaxy tablet copied the iPad’s design. In 2011, a German court issued an injunction against the Galaxy tablet upon Apple’s request.

Samsung will be unable to make, sell or import the tablet into the US.

IBM security analyst Lee Seung-woo told NASDAQ the ban was unlikely to affect the 30 legal battles Apple is fighting against Samsung around the world.

Along with the US, Apple has successfully banned Germany from selling the tablet. It also tried to ban the tablet in The Netherlands last year but in January a Judge denied Apple’s request for a sales ban. The Galaxy Tab was also briefly halted from being sold in Australia but a Federal Court judge unanimously overturned the temporary ban in November last year.

Other lawsuits have been filed by Apple in France, Japan, the UK, Italy and South Korea. Apple also took its fight to the International Trade Commission in June last year.

News.com.au has contacted Samsung to find out how Australians are affected.