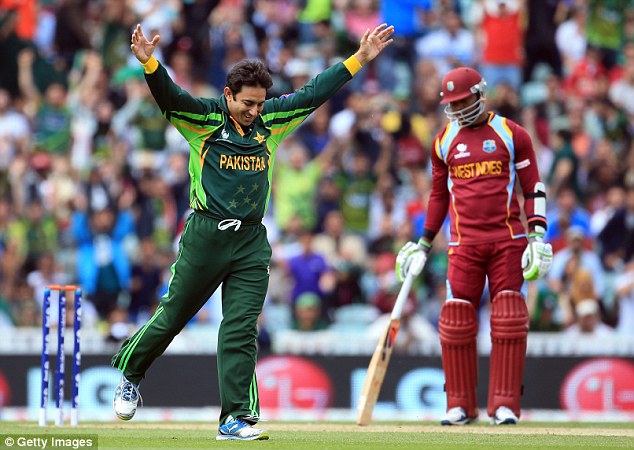 Pakistani spinner Saeed Ajmal was talking to media and he said he declined an offer to captaincy of T20 side because he want to focus on his cricket and be relaxed as always while talking to media he said he was reluctant to take up the captaincy after Mohammad Hafeez’s resignation but he denied.

”I don’t want to put myself forward for captaincy. I think I am better as a team player. I do think about being captain of Pakistan, but I am reluctant too, captaincy in Pakistan is not easy. The captain ends up being blamed for anything that goes wrong. Just look at Mohammad Hafeez. He resigned after our exit from this year’s World T20. Why? It’s because all the blame was being dumped on him. I have been approached for captaincy but I declined. I want to be relaxed about my cricket. God has blessed me with a sunny disposition and I want to keep it that way”.

Saeed Ajmal was also talking about Misbah-ul-HaQ and he considers Misbah a better captain then Imran Khan.

Misbah was appointed captain in 2011 and he led 71 games, he won 39 for his side on the other side his batting average is 47.21 and as captain in last year his average is 52. PCB is also looking in favor of Misbah as captain till World Cup 2015.

”Misbah-ul-Haq has been outstanding in this role. In fact, when you consider the circumstances in which he has performed his job, I would say his services as captain are greater than even Imran Khan’s,” he said. “Yet he doesn’t always receive his due. He’s been a tremendous leader during an extremely difficult time for Pakistan and he’s been our leading run getter”

“Yet each time we lose a match, people forget about his magnificent contributions. They start demanding that he be dropped. I really fail to understand this. Even as a batsman, people complain he’s too slow, that he blocks a lot, does a lot of tuk-tuk. This is not fair to Misbah. He is a watchful batsman and becomes extra-watchful if the team is losing wickets from the other end, which often happens with us. His approach is appropriate and serves the interests of the team. I can tell you as a bowler that it pleases me greatly to see Misbah standing at the crease. If he is batting, it gives me heart that I will have runs to bowl at.”

By: Mohammad Furqan Bhatti
Writer is University student and Sports Journalist based in Pakistan