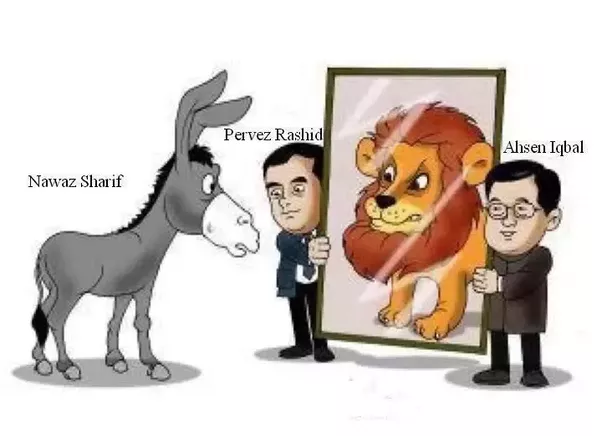 Ousted prime minister Nawaz Sharif on Monday defended his recent remarks about the 2008 Mumbai attacks — which have stirred a controversy in Pakistan as well as across the border in India — asking, “What did I say that was wrong in the interview?”

Nawaz, while talking to reporters outside an accountability court in Islamabad, read excerpts from his interview to Dawn during which he spoke on matters related to the country’s foreign policy.

“Militant organisations are active. Call them non-state actors, should we allow them to cross the border and kill 150 people in Mumbai? Explain it to me. Why can’t we complete the trial?” he had asked in the interview, referring to the Mumbai attacks-related trial proceedings which have stalled in the Rawalpindi anti-terrorism court.

Soon after the publication of Nawaz’s interview on Saturday, the Indian media blew up his remarks, terming it an ‘admission’ on part of the former prime minister about Pakistan’s involvement in the Mumbai attacks.

Subsequently, the party issued a clarification on Sunday, saying that the Indian media had “grossly misinterpreted” Nawaz’s remarks. The army, also on Sunday, had ‘suggested’ to Prime Minister Shahid Khaqan Abbasi to convene a meeting of the National Security Committee (NSC), the country’s top civil-military body, to “discuss misleading media statement regarding Bombay incident”. The NSC meeting was held today in Islamabad.

Differences within the ruling party surfaced following the issuance of contradictory statements by the Sharif brothers on the issue. While Nawaz did not at all contradict his remarks, his younger brother and PML-N president Shahbaz Sharif, who is also the chief minister of Punjab, issued a statement on Sunday, saying that the news report had “incorrectly attributed certain remarks to PML-N Quaid Nawaz Sharif, which do not represent PML-N’s party policy”.

In the statement, which Shahbaz issued as the party president but through the Punjab government’s Directorate General Public Relations, he said the PML-N “rejects all assertions, direct or implied, made in the news report of Dawn.”

His older brother, however, on Monday dispelled the notion that the comments were falsely attributed to him, saying that he will speak the truth come what may.