Rachel Corrie death ‘not the fault of the Israeli army’: court 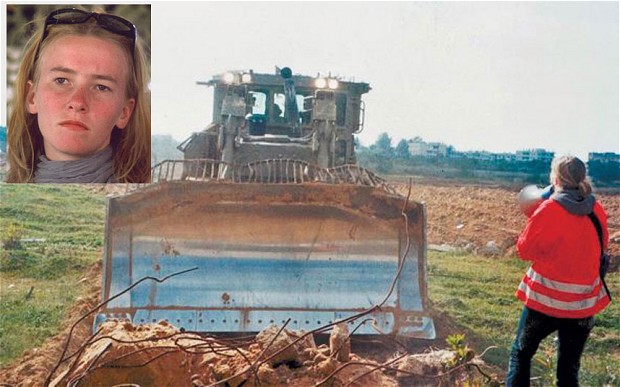 JERUSALEM // An Israeli court on has rejected a lawsuit brought against the military by the parents of a US activist crushed to death in 2003 by an army bulldozer as she tried to block its path in the Gaza Strip, ruling the army was not at fault for her death.The bulldozer driver has said he didn’t see 23-year-old Rachel Corrie, a pro-Palestinian activist who opposed the military’s demolition of Palestinian homes. The military deemed her March 2003 death to be accidental, but Corrie’s parents were not satisfied by the army investigation and filed a civil lawsuit two years later.

Explaining the district court’s ruling, judge Oded Gershon said Corrie “put herself in a dangerous situation” and called her death “the result of an accident she brought upon herself.” He said the military conducted a proper investigation, and rejected the Corrie family’s request for a symbolic $1 in damages and legal expenses.

Corrie’s parents, Craig and Cindy Corrie, did not speak immediately after the verdict, but clasped each other’s hands.

“While not surprising, this verdict is yet another example of where impunity has prevailed over accountability and fairness,” he said. “Rachel Corrie was killed while non-violently protesting home demolitions and injustice in Gaza, and today, this court has given its stamp of approval to flawed and illegal practices that failed to protect civilian life.”

The home demolitions were part of an unsuccessful campaign to halt hundreds of shooting and mortar attacks against soldiers and Jewish settlers in southern Gaza, along the border with Egypt. On the day Rachel Corrie died, she and other activists had entered a closed military zone to protest the demolition policy.

According to the U.N. agency handling Palestinian refugees, the military had left more than 17,000 Gazans homeless in the four years after a Palestinian uprising against Israel erupted in September 2000. The demolitions drew international condemnation at the time.