Putin: ‘No Prospect’ Of Better Ties With Turkey 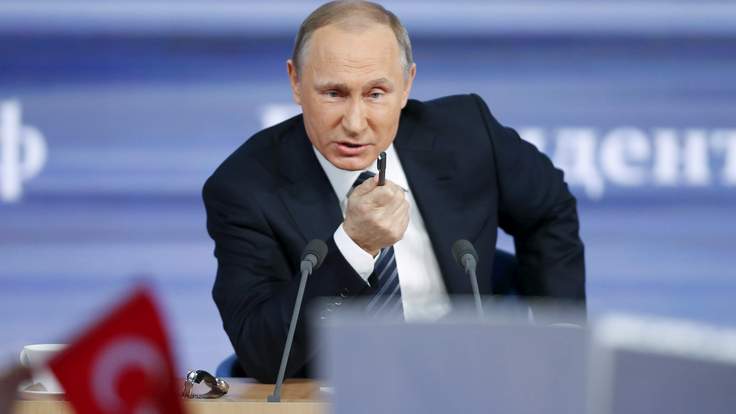 Vladimir Putin has said he “sees no prospect” of improving relations with Turkey after it shot down a Russian jet bomber last month.

Using crude language, the Russian President accused Turkey of downing the warplane to impress the United States : “I don’t know if there was such a trade-off, maybe there was.

“If somebody in the Turkish leadership decided to lick the Americans in one place… I don’t know, if they did the right thing.”.. see more