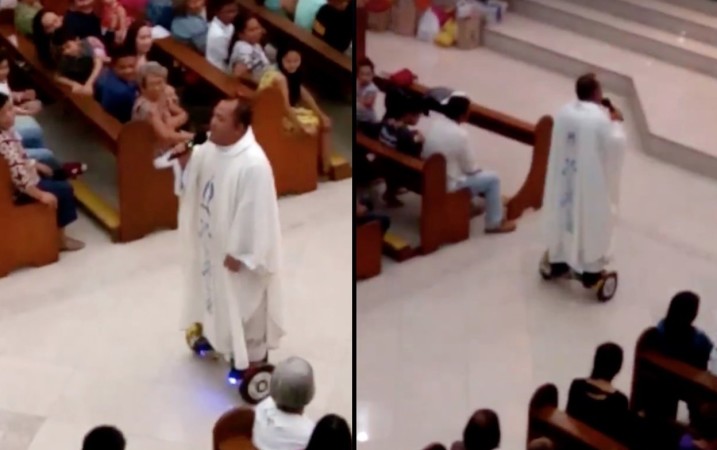 (NEWSER) – A priest rolling around his church on a “hoverboard” while singing May the Good Lord Bless and Keep You on Christmas Eve earned a round of applause from his congregation and a quick suspension from his diocese, NBC News reports. It’s unknown how the birthday boy felt about the whole thing. According to Sun Times, the unnamed priest’s song-and-roll routine took place just before the end of mass at a church in the Philippines. Fortunately for those who couldn’t be in attendance, the whole thing was caught on video. “That was wrong,” Rappler quotes a statement from the Diocese of San Pablo as saying. “[Mass] is the Church’s highest form of worship. Consequently, it is not a personal celebration where one can capriciously introduce something to get the attention of the people.”.. see more