President Obama’s Mother is a Whore 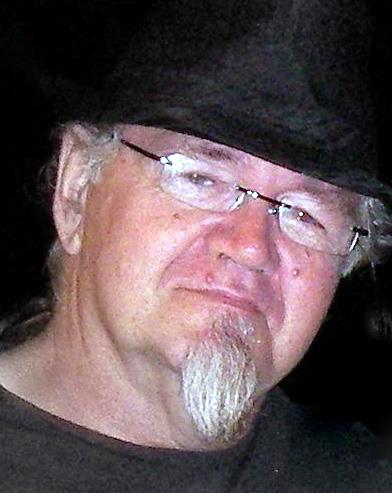 Don’t get your freckles in an uproar now. The title to this article is intended not as a personal attack upon Obama or his mother.  The purpose of it is to frame the issues inherent in the content of the movie, “INNOCENCE OF MUSLIMS”, and its significance within a culture like that of the U.S. where freedom of speech is celebrated with such great fanfare, and notions that religion itself is not necessarily off limits to critique.  It is important to understand the ramifications of the fury of Muslims over this film and the outrage they feel justified in expressing.  It is also important to understand the limits of free speech and where its boundaries are, or at least ought to be, in our own culture.  To call Muslims who have reacted to the film violently as “extremists” is absurd.  All cultures have very specific boundaries of respect which shall not be crossed, and this film has done its best to cross the boundaries that are understood in the Islamic world.

The example in the title is a case in point. Call someone’s mother a whore and you have just transgressed the holiest of holies and have called down the demons upon your head.   To say this about the mother of the President of the United States probably calls for a death sentence.  If I was serious about making such a statement with full intent to insult President Obama, would you be shocked at all if I was discovered lying in an alley somewhere with a bullet in my back and a broomstick up my ass?   To even discuss it in this context is probably dangerous.

If Obama’s mother actually was a whore, and I said so, while I may not have escaped the wrath of the Obama family, there is a case to be made for making that information public because it reflects upon the character of a man elected to lead the country. Telling the truth is always a just cause.   However, since she is not, such a statement is slanderous, far beyond a simple insult, and defames the very souls of not only Obama and his family but the souls of all of us who believes that one’s mother is the very core of divinity in our own lives.

Few atheists would disagree.  It’s a fact that there are things – people – in our own lives and in our culture never to be desecrated.  It is important to realize that within Islamic culture, Mohammed (PBUH) draws that kind of respect because, aside from Allah Himself, he is central to cultural identity just as one’s mother is central to a family’s identity in Western culture.

“Innocence of Muslims” is the most blatant attempt at slander I could possibly imagine.  It’s nothing short of scrawling “fuck this bitch” in black marker across a photo of someone’s mother.  It demeans and degrades that which is most precious in the eyes of Muslims.  If there was even a particle of truth to it, one might at least begin to justify it in the context of historical evidence.

Another case in point:  An author who is a friend and someone whose views I support, Gilad Atzmon, has been under attack for years for raising issues of Jewish identity.  He is Jewish himself, born in Israel and the son of an IDF officer, a world-renowned jazz SAXAPHONIST, who has written a book called, THE WANDERING WHO ?, a serious critique of the politics of Jewish identity.  The book is advertised on the pages of the United Progressives website, an organization in which I am one of the directors.

I do not consider him racist because I believe that his approach to the subject is not intended to hurt or defame Jews but to review the subject he addresses from an academic point of view.  Nevertheless, ATZMON has been under attack for his views repeatedly and there are some writers, notably one Tony Greenstein, who have made a career for the last several years of attacking him, Because of my association with him and my support for his book, I have been repeatedly attacked as well and lost a very dear Jewish friend just recently over this because she was told by those attacking me that I am a holocaust denier.

The fact is that I am not.  I support Atzmon’s view that the HOLOCAUST is a very vague word that needs definition that every generation owes itself an honest inquiry into the meaning of it and what it has meant to the history of the Jewish people.   No one should ever take information handed down to us by previous generations as fact without some honest and objective investigation of it.  That is not a denial in any sense of the word.  It is a demand for historical truth.

But the significance of this becomes apparent in the context of this whole issue surrounding the “Innocence of Muslims”. We have a subject regarded by many Jews as almost untouchable.  One hardly dares breathe the word HOLOCAUST in a critical or even questioning tone without calling down some rather serious demons.  It’s taboo.  And the fact that there are many other taboos in American culture that fall into the same category is unquestionable.

“Innocence of Muslims” is totally unrestrained in its effort to offend. The question of parenthood of the prophet is raised at the very beginning of the film and even a child denigrates him as a “bastard” with every intent to insult him. He reveals his private parts to her by throwing open his robe as he sits in front of her, apparently without shame or concern,, and she scolds him about it. He names a donkey the first Muslim animal, and later commits horrid acts indiscriminately upon both women and children before selling them into slavery. He openly fondles the breasts of one woman and rapes the wife of a man he has just murdered in front of her.

There is no historical truth or redeeming artistic value to any of this.  It’s a gratuitous display of pure filth.  That Muslims are up in arms over the film all over the world is both completely justified and to be expected.  In fact, it surprises me that the response is minimized to the degree that it is.  A boycott of YouTube has been proposed until the film is removed from its site and an apology is given to the Muslim nation and I fully support this.  I’m also an occasional news analyst for Press TV and since they publish on YouTube, it will be difficult for me to maintain strict observance, but I will certainly do my part in every other way possible. I demand that this film be removed from any public display anywhere.

Paul Barrow is US  based writer, activist and  founder of a policy group www.unitedprogressives.org.
Readers can  reach him at:

One Response to “President Obama’s Mother is a Whore”