Positive Reaction to Self-Driving Cars Being Tested in Europe 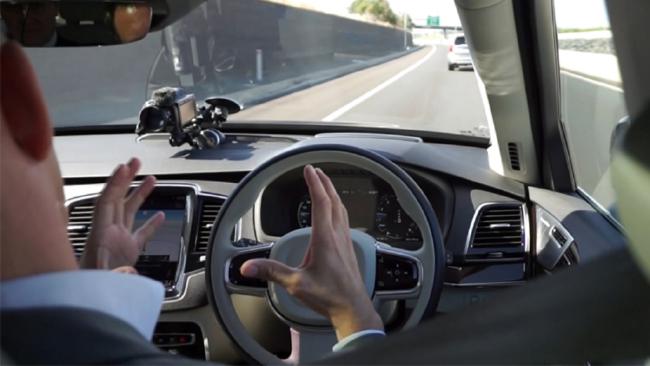 American auto engineers have made more progress than their German and Japanese counterparts with regard to autonomous vehicle development; however, testing and implementation of self-driving cars may become a reality in Europe before the United States is able to fully adopt this technology.

In early 2017, German automaker BMW was a major exhibitor at the Consumer Electronics Show in Las Vegas. During this major tech expo, BMW announced its intention to put 40 autonomous vehicles on American and European roads for the purpose of testing their viability as the future of personal transportation. The luxury car brand is partnering with Intel and an Israeli tech startup to develop fully autonomous vehicles that will bear the prestigious BMW nameplate.

BMW is not the only automaker that will choose Europe as a testing ground for self-driving vehicles. In November 2016, business and finance magazine Fortune reported that Ford has been researching the potential of testing their self-driving cars, which are reportedly in very advanced stages of development, in strategic European markets such as the United Kingdom, France, Spain, Norway, and Portugal.

At the same time Ford announced its desire to test self-driving cars in Europe, engineers revealed the results of a survey conducted among European drivers in the aforementioned markets. The survey gauged the sentiment of drivers towards this new technology, which in the United States is being welcomed with a certain sense of apprehension.

Ford asked 5,000 drivers about their potential reactions towards self-driving cars and whether they could envision them in their future lives. About 80 percent of survey subjects believe that autonomous driving technology will take their mind off the road so that they can enjoy scenic rides. A little more than 70 percent say that self-driving cars will allow them to get work done and tinker with their smartphones while others believe that enjoying a meal will be a novelty.

All in all, European drivers seem to be more receptive towards a future of self-driving technology while Americans are more enthusiastic about the prospect of cheap car insurance.

In the United States, insurance company executives are very excited about autonomous vehicles being approved for daily driving and commuting in various states, but this positive sentiment is not shared by everyone.

According to a February 2017 report published by CNBC, billionaire investor Warren Buffett is concerned that the increased safety record of self-driving cars will reduce monthly insurance premiums too rapidly. Insurance executives have confirmed that they intend to lower premiums; however, they plan on doing so gradually.

At some point, auto insurance premiums will be affordable enough for anyone to finance without having to worry about credit repair. In the current financial landscape for car insurance, drivers with bad credit records tend to have a more difficult time getting approved for policies; in some cases, they have to pay for their premiums in full.

When compared to the United States, auto insurance policies tend to cost more in Europe. For this reason, drivers are welcoming the prospect of autonomous vehicles being tested in the Old Continent. American tourists who rent cars in Europe are often surprised by the higher costs, which are often related to insurance.

Even though the rules of the road and the traffic signaling schemes differ from one European country to the other, Ford and BMW engineers are confident that testing of self-driving cars will be welcomed by insurance executives and highway officials alike.

If anything, autonomous vehicles may gain faster approval in Europe due to the streamlined legislation process. With international blocs such as the European Union, the spirit of collaboration among lawmakers tends to move matters along faster than in the United States.