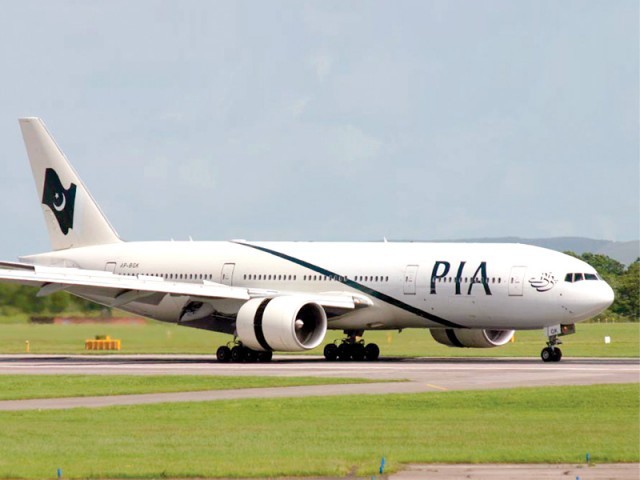 ISLAMABAD – Chief Justice Iftikhar Mohammad Chaudhry taking Suo Moto over application filed by Transparency International and PIA employees against the PIA administration has fixed the date of hearing in October.
In this regard notices have been issued to Chairman/CEO PIA.
According to Press release issued by the SC, the Transparency International Pakistan on the appeal of PIA employees had filed an application in the SC that suo moto notice be taken regarding the affairs of PIA on the ground.
The application adopted the stance that notice be taken that the Aircraft lease agreement had been finalized at a very high rate. Around 1200 PIA flights between August and November had been cancelled causing a loss of over rupees 410 million. the PIA had taken three engines on lease for $ 300 per hour each while its own engines which were ready for installation in Singapore and Amman were not being brought to create justification for lease. PIA had acquired two jumbos recently but by spending the same amount of money several grounded aircraft could have been made airworthy and the divergent and contradictory financial figures submitted by the Chairman, PIA needs to be seriously examined.
Admitting the application the SC has fixed the case for second week of October, 2012 and notices have been issued to Chairman/CEO PIA.