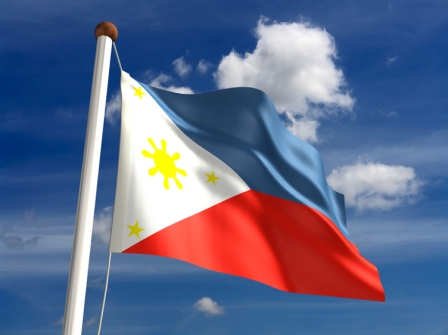 Philippine government and Muslim guerrilla negotiators are drafting a preliminary agreement to settle a decades-long rebellion in the country’s south, but the insurgents said Tuesday their insurrection won’t end until a final pact is concluded.

The initial “framework agreement” with the Moro Islamic Liberation Front will be made public before it’s signed in a few months, government negotiator Marvic Leonen said. It would be the most significant progress in years of negotiations to settle a rebellion that has caused more than 120,000 deaths, held back development in the south and sparked worries that rebel strongholds could become breeding grounds of al-Qaeda-affiliated extremists.

The 11,000-strong rebel group has been fighting for self-rule for minority Muslims in the predominantly Roman Catholic nation’s south. It dropped a demand for a separate Muslim state but still seeks the expansion of an existing Muslim autonomous region and more powers and resources to rehabilitate the violent and poverty-wracked area.

The initial accord will contain general agreements on key issues, including the extent of power, revenues and territory to be granted to a Muslim-administered region, rebel negotiator Mohagher Iqbal said. A transition commission would be established after the signing to work out the details of the initial pact, which hopefully would lead to a final accord as soon as three years later, he told The Associated Press.

“There is now hope for peace and recovery,” Leonen told a news conference, adding the expected preliminary accord would end a long era of antagonism but might not rapidly end violence in a region that has suffered much from war and remain saddled with large numbers of illegal firearms and warring armed groups.

Presidential adviser Teresita Deles said the negotiators consulted legal experts and affected communities to draw wide backing for the accord.

In 2008, the planned signing of a preliminary pact was scuttled when opponents went to the Supreme Court, which declared the agreement unconstitutional, prompting three rebel commanders to attack Christian communities in the south. The attacks and an ensuing military offensive killed more than 100 people and displaced about 750,000 villagers before a cease-fire was forged.

Last month, a rebel faction opposed to the talks attacked several army camps and outposts in southern Maguindanao and North Cotabato provinces, sparking two weeks of sporadic fighting that left more than 50 dead and displaced 45,000 others. The new unrest eased after the military launched a crackdown.

Iqbal said about 3,000 armed fighters from his group surrounded about 200 gunmen from the breakaway group last month and demanded they sign a pledge to stop further attacks.

There has been no sign that the breakaway Bangsamoro Islamic Freedom Movement has grown significantly since it broke off from the Moro Islamic Liberation Front last year. Instead of stalling the peace talks, the recent attacks by the rebel faction have only prodded the government and the larger Moro group to close ranks to safeguard the negotiations, said Bryony Lau of the Brussels-based International Crisis Group.

Iqbal said his group would not lay down its firearms until a final accord is concluded, adding that both sides still need to negotiate whether the rebels should be integrated into the military or police or turned into a force that would secure a Muslim-administered region. Insurgents, he said, could form a political party and run in democratic elections to get a chance at leading the autonomous region they have waged battle for.