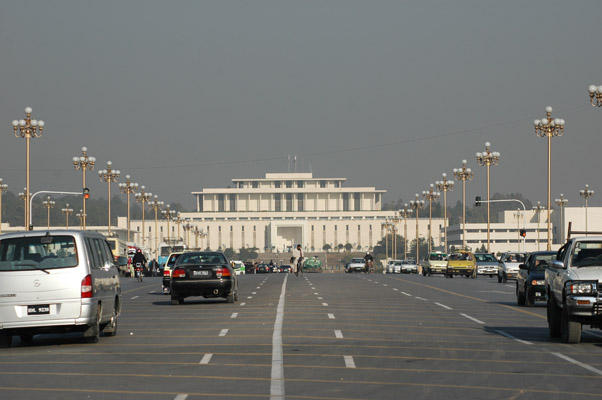 The Exit Control List is a system of border control maintained by the Government of Pakistan under the Exit from Pakistan Ordinance. The FIA is responsible for its enforcement and control. People wanted by the police and law enforcement agencies are on the list, and any other individuals the Federal government wants to prevent from going abroad.

Here are a few examples of the efficacy and control of the ECL in recent years :

On 25th April 2008, Hamesh Khan, a former president of the Bank of Punjab had a travel ban in place against him and his name was added to the Exit Control List. He had been accused of corruption and embezzlement of Rs. 9 billion.
A month later, Hamesh Khan was at the airport and immigration officers allegedly allowed by the FIA, let him reach Dubai on a US passport.

Then there is the case of an individual Asim Malik who ran an immigration business scam, defrauding 105 people of Rs 500 million with the ruse of getting them employment abroad. His name was placed on the Exit Control List in 2012, the Lahore police wanted him in 89 fraud cases. Soon after, he boarded a plane to London.

Former head of the Oil and Gas Regulatory Authority (OGRA), Tauqeer Sadiq was accused of misappropriation of Rs.82 billion and his name was also placed on the ECL. Soon after, even he flew to Dubai by way of Nepal.

Not only this, even before the Karachi operation was started by the Rangers, many local mafia dons and dangerous criminals wanted by the police and other law enforcement agencies, flew off to Europe, South Africa, UAE and Malaysia. Many of these wanted criminals were facilitated at Karachi’s Jinnah International Airport.

The head of Lyari Peoples Amn Committee, Uzair Baloch, wanted by Sindh police in more than fifty cases, also flew from Karachi to Dubai two months before the start of the operation. Not only this, before leaving for Dubai, he threw a power lunch, so to say, inviting many influential folk and a sumptous Iftar party was also arranged for a large congregation of journalists. He participated in many talk-shows as the top television channels were only too happy to give him airtime, he lamented the Karachi situation and a few days later, took off for the Dubai safe haven, his name had never been placed on the Exit Control List anyway. The Federal Interior Ministry had never considered him eligible for placement on the list.

On 24th December 2012, Shahrukh Jatoi happened to kill Shahzeb Khan, only three days later, the accused Shahrukh was at the airport with his brother and friends. A boarding pass was issued for him on a new passport issued in the name of a resident of Swabi, Baluchistan. Incidentally, even his picture was not taken at the immigration counter and no exit stamp was affixed on his passport. The names of Shahrukh Jatoi, his brother and a friend were not even on the flight records of the airline which had only 139 passengers.

Recently, the Vice President of Voice of Baloch Missing Persons Mama Qadeer Baloch and General Secretary Farzana Majeed Baloch and another lady Faiqa Baloch partner arrived at the Karachi airport to take a flight to New York to attend a Human Rights Conference, all three had five year multiple visas for the US. Even their boarding passes were issued, finally at the immigration counter an officer informed them that their names had been placed on the ECL as an FIR had been booked against them only an hour before. Faiqa Baloch,s name was not on the list but she could not travel as she accompanied the two accused. They were interrogated in separate rooms for three to four hours and then allowed to go free without arrest. They directly reached the Karachi Press Club, where there was a camp on the footpath for families of the so-called missing persons, they proceeded with their routine anti-Pakistan diatribe without any hindrance.

So, as we see, the Exit Control List is not being enforced where it needs to be, this is an important lapse on the part of the government due to which criminals escape scot-free.

Ref: (Some information in the article is shared from Wasatullah Khan
BBC Urdu.com )