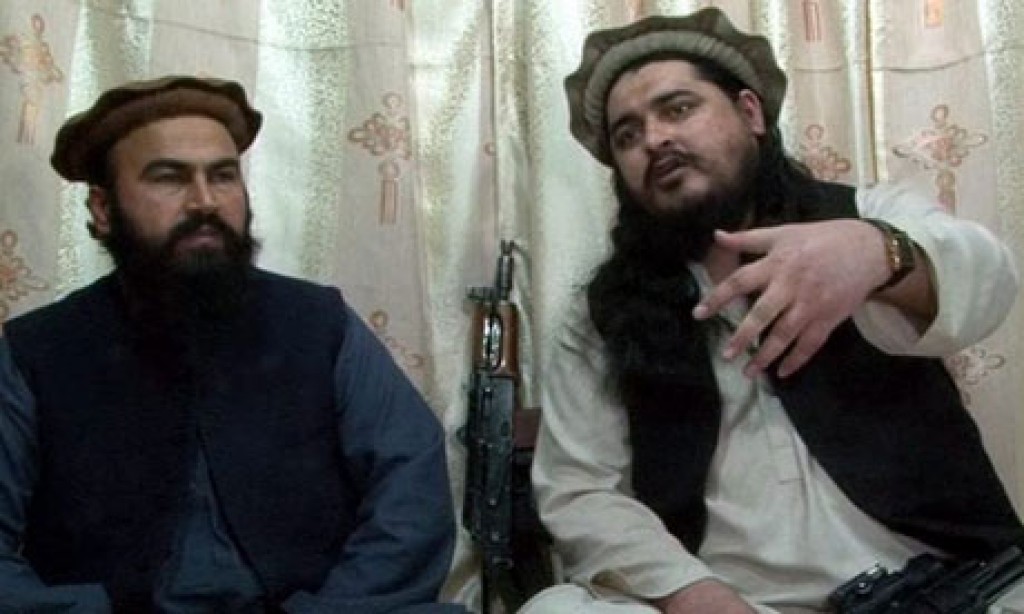 The Taliban in Pakistan have said they want to negotiate a ceasefire in a video statement by their leader, Hakemullah Mehsud.

The video, delivered to the Reuters news agency in Pakistan on Friday, is the latest in a series of statements in recent days stating that the group wants a peace deal – though they refuse to disarm.

Military and civilian authorities in Pakistan have repeatedly reached agreements with militants, most of which were shortlived. Experts dismissed the latest statements as “posturing”.

Imtiaz Gul, an Islamabad-based author and expert, said the Taliban were mounting an “orchestrated campaign to improve [their] image” following three high-profile attacks in Peshawar. This month multiple suicide bombers struck at the northern city’s airport, a senior provincial politician was killed in a bombing, and on Thursday 22 paramilitary forces were kidnapped.

“They feel they have the upper hand. They have been trying to improve their image for some time through less indiscriminate attacks on ordinary people and more targeted assassinations or attacks on the police, paramilitary [forces] or politicians,” Gul said.

The Taliban are a coalition of groups founded in 2007 who have since been responsible for the deaths of thousands of Pakistani civilians, police and servicemen. They have been linked to at least two international terrorist plots but have yet to show any serious commitment to exporting militancy beyond their immediate neighbourhood.

In a letter distributed to local news media this week, another commander of the Taliban – known locally as the Tehreek-e-Taliban Pakistan – demanded that Pakistan rewrite its laws and constitution to conform with Islamic law, break its locally unpopular alliance with the United States and stop interfering in the war in Afghanistan, and focus on India instead to seek revenge for Pakistan’s defeat in the 1971 war with its neighbour. The demands appeared designed to appeal to popular local sentiment.

There is increasing evidence that the Taliban’s hold on communities in their strongholds along Pakistan’s border with Afghanistan has weakened following the murder of elders, teachers and health workers. More broadly their extreme violence has revolted many ordinary Pakistanis.

However, senior police officials in Pakistan say the Taliban retain a network of active militants and supporters across much of the country, despite pressure from counter-terrorism agencies and the army and attacks from US drones.

In the Punjab, the eastern province, the movement has been able to forge ad hoc links with fragmented sectarian groups or freelance operators who have split away from bigger, more established organisations that are under close watch by intelligence agencies, the officials said.

“There are probably 200 to 300 operatives in the province. They haven’t been very active in recent months and we’ve been wondering why,” one senior official involved in counter-terrorism in Lahore, the Punjab’s biggest city, told the Guardian.

One aim of the recent communications may be to rebut claims that there are tensions between senior leadership figures of the Taliban. In the video, Mehsud sits cradling a rifle next to his deputy, Wali ur-Rehman.

There was no immediate response from Pakistani authorities to the video.

Mehsud blamed the Pakistani government for the violence along the frontier with Afghanistan, and said his movement would follow the strategic lead of the Afghan Taliban after most Nato troops withdraw from the neighbouring country in 2014.

He reaffirmed his organisation’s support for the internationally focused al-Qaida organisation, much of the remaining senior leadership of which is believed to be based in Pakistan.

Western intelligence experts interviewed by the Guardian in recent months say the exact nature of the movement’s relationship with the group founded by Osama bin Laden in the 1980s is unclear but unlikely to be as close as Mehsud claims, with links based on individual relationships between senior militants rather than organisational alliances.

However, any increased involvement of the Pakistani militants in Afghanistan or with international networks would complicate western strategy in the region.