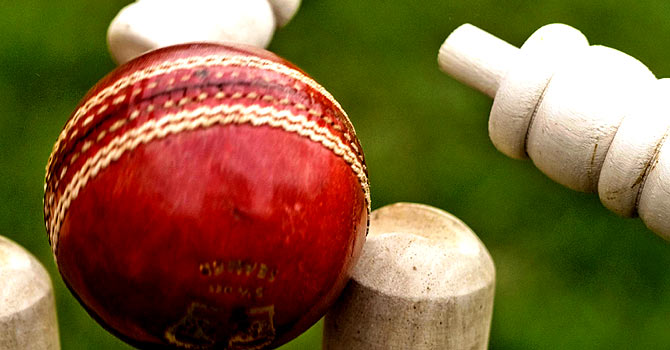 Opener Sami Aslam continued his prolific form as Pakistan Under-19 beat India Under-19 by one run in a thrlling last-ball finish in the Under-19 Asia Cup on Sunday.

In a pulsating finish to the second Group A match being played at Kuala Lumpur’s Kinrara Oval ground, Mohammad Nawaz bowled a dot ball to end the match and India U19?s innings at 286-7.

IndiaU-19 were brought close to the target with the help of Vijay Zol’s unbeaten century (109), wayward Pakistan U-19 bowling and fielding as they gave away 28 runs and dropped two catches in the last two overs.

Zol was helped by captain Unmukt Chand (49) and Akshdeep Nath (42) but two wickets apiece from Nawaz and Akhtar Waheed kept the match balanced until the last delivery.

The win gives Pakistan six points and has all but assured their semi-final berth after they beat Nepal U-19 by eight wickets on Saturday. They play their last group match against hosts Malaysia U-19 on Tuesday.

In Group B, Sri Lanka U-19 have beaten Afghanistan U-19 by four wickets and Bangladesh U-19 by 43 runs. Bangladesh, meanwhile, thrashed minnows Qatar U-19 by 328 runs earlier on Saturday.

The semi-finals will be played on Thursday and Friday, with the final is scheduled for Sunday.