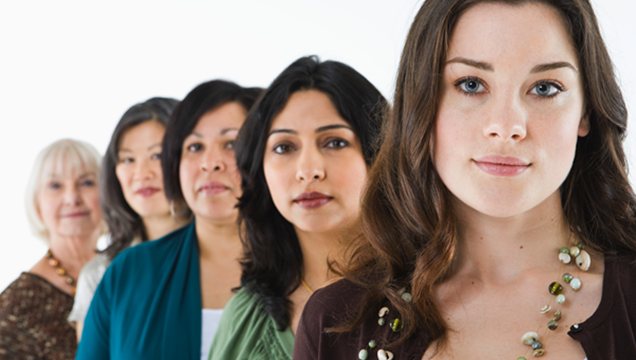 Despite expert guidelines and scientific evidence to the contrary, a third of U.S. primary care physicians believe ovarian cancer screening is effective and many would offer it to patients, according to a new survey.Although the results don’t necessarily translate into real practice, that means more than a million women might be offered the tests, which come with a hefty price tag and possible hazards, researchers say.”Currently the evidence suggests that the harms of ovarian cancer screening exceed the benefits,” said Dr. Laura-Mae Baldwin of the University of Washington in Seattle.”That’s why it is not being recommended.”Baldwin and her colleagues surveyed more than 1,000 doctors across the country, asking them questions about a hypothetical case of a woman presenting for her annual exam.

The details varied, but the risk of ovarian cancer never went beyond medium. That covers about 95 percent of American women, for whom guidelines unanimously advise against screening.Still, 65 percent of doctors said they “sometimes” or “almost always” offered or ordered ovarian cancer screening for women at medium risk. For women at low risk, the number dropped to 29 percent.Screening is done either as an ultrasound scan or a blood test called CA-125.Although these tests have never been shown to save lives, a third of doctors in the survey nonetheless believed they work.”There are some critical knowledge gaps related to ovarian cancer screening among physicians,” said Baldwin, whose findings are published in the Annals of Internal Medicine. “I would suggest that women educate themselves about the risks and the benefits of the tests.

“HARM BUT NO BENEFITAccording to the largest clinical trial published so far — known as the Prostate, Lung, Colorectal and Ovarian, or PLCO, trial — women screened annually for ovarian cancer were just as likely to die from the disease as those who didn’t have regular screening.Of some 34,000 women who got screened in that trial, 212 were diagnosed with ovarian cancer — and less than half of those cases were picked up by screening, according to Dr. Saundra Buys, who worked on the findings.Meanwhile, the test had a false-positive rate of 8.4 percent, causing more than 3,000 false alarms — a third of which led to surgery.”People get referred to tests they don’t need.

A lot of women end up getting surgery,” said Buys, a cancer expert at the University of Utah School of Medicine in Salt Lake City.”It’s concerning that doctors believe ovarian cancer screening is beneficial, because there is plenty of data to show that it isn’t,” she told Reuters Health.But she also cautioned that based on data from the PLCO trial, which was published after the new survey was done, only a few percent of women say they’ve actually had a CA-125 screening test or an ultrasound.”I don’t think there is a lot of ovarian cancer screening going on,” Buys said.

“Despite what they are saying they are not ordering the tests.”A woman’s lifetime risk of getting invasive ovarian cancer is just over one percent, with half of women diagnosed at age 60 or older, according to the American Cancer Society.Baldwin and her colleagues estimate that about 1.2 million women might be offered one of the two screening tests for the disease. A CA-125 test costs about $80, while an ultrasound runs at $600.

EVIDENCE ‘CRUCIAL’Even if the survey doesn’t reflect real practice, Baldwin told Reuters Health doctors often adopt new screening tests before evidence is available on whether or not they work.Dr. Usha Menon, who runs the Gynaecological Cancer Research Centre at University College London, pointed out that physicians who listed the U.S. Preventive Services Task Force (USPSTF) as a major source of influence were more likely to stick to the guidelines.The USPTF is a government-funded advisory agency that assesses the evidence for medical practices. It finds no evidence that routine ovarian cancer screening saves lives, but points to a “significant potential for harms.”

“By identifying critical knowledge gaps and the positive impact of the USPSTF guideline, the authors set out the first steps to promoting adherence to screening recommendations,” Menon told Reuters Health by email.”The practice of evidence based medicine is crucial both for the wellbeing of our individual patients and for the appropriate use of available resources,” she added. “There is currently no evidence that ovarian cancer screening can save lives and it should not be offered outside clinical trials.

“Menon coordinates the massive UK Collaborative Trial of Ovarian Cancer Screening, which involves more than 200,000 women. She said results from that trial can be expected in 2014.