Our guide to biggest Car conventions happening this year 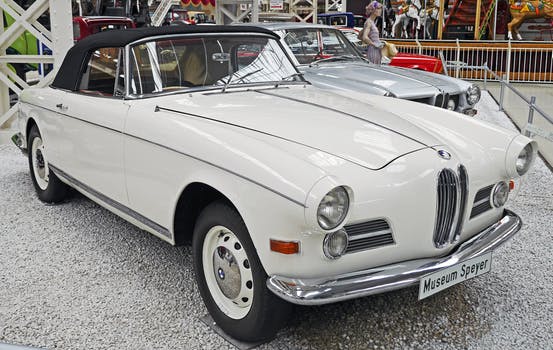 The love of cars is predominant all over the world. According to estimation by Statista, some 81.5 million vehicles will be sold by the end of this year. The Ward, an American organization that is responsible for covering the automobile industry for the past 80 years also claims that as of 2010, there were 1.015 billion motor vehicles in the world. In America alone, some 268.8 million cars have been registered in the year 2016 while in the same year, the number of vehicles sold per year was predicted to be 6.3 million.

Let’s admit it!  Only a few things bring people from all over the globe together, and one of them is the love of automobiles. To keep the car enthusiasts on their toes and their hearts racing, car conventions are organized each year all over the world. These shows are traditionally the most significant events in the automotive industry that not only allows car manufacturers to highlight their latest products but also test out new ideas to assess the enthusiasm of customers. Moreover, car shows are the right place for customers to decide which vehicle they will buy next and even receive a value my car free service to have their existing car valued by experts.

For the car industry, 2018 promises to be a crucial year. Driverless cars, electric cars, artificial intelligence, connected systems and host of new features are all in the cards. Just like every year, literally hundreds, if not thousands of shows are happening around the world to exhibit the new models. If you are also interested in catching one of these shows, then here is a guide to the most prominent car conventions happening this year. one of the car shows 2018 is listed below.

Previously known as the International Motor Show, the IAA is undoubtedly one of the biggest and the most significant car show, based on the number of vehicles it exhibits. Initially held annually, the convention has been split into two since 1991 with commercial cars displayed on every even-numbered years at Germany and passenger vehicles on the odd numbered years in Frankfurt.

Traditionally held at the end of September each year, car enthusiasts gather from all over the world to witness new models of vehicles along with a view of their production.

Celebrating its 120-year anniversary, the 2018 Paris Global Motor Show is all set to exhibit 260 motor brands from 18 different countries on a 125,000 square meter exhibition area. Remembered as the first motor show in the world, the Paris car convention 2016 bought in more than a million car professionals and enthusiasts over a 10-day span. The not-to-be-missed event is one of the most visited shows in the world.

One of the biggest shows in North America and the second largest in the western USA, it features more than 35 of the world’s car brand. Initiated in 1958, the one of its kind show allows foreign automakers to connect with the local manufacturers. The show also enables visitors to test-drive some of the most high-end vehicles including Mercedes, Jaguar, Fiat, and Land Rover.

Since California is renowned for its electric cars, the show features a plethora of zero-emission and hybrid vehicles along with an extensive collection of vintage cars and sports vehicles.

Although the show has been held at the end of April – the list would not be completed without its mention. China is the world’s leader in car production and, the show organized in Shanghai attracts a vast number of visitors for this reason. The Auto China show that happens every other year displays a variety of brands including Audi, Mercedes, Jaguar, Bentley, and BMW. These brands and more show off their productions as well as concept cars.

The single-day event is usually held on the third week of August and hosts a spectacular display of more than 40,000 cars from all over the world. Visitors gather at the State Fairgrounds in Detroit and show off their cars and take part in different contests that take place throughout the day.

Be a part of the most happening car shows around the world and share your love for automobiles with others. These and many other auto shows take place each year and if you are also a car enthusiast, then we suggest you don’t miss them.

Erica Silva is a blogger who loves to discover and explore the world around her. She writes on everything from marketing to technology, science and brain health. She enjoys sharing her discoveries and experiences with readers and believes her blogs can make the world a better place.  Find her on Twitter: @ericadsilva1