ONCE UPON A TIME THERE WAS A LEADER 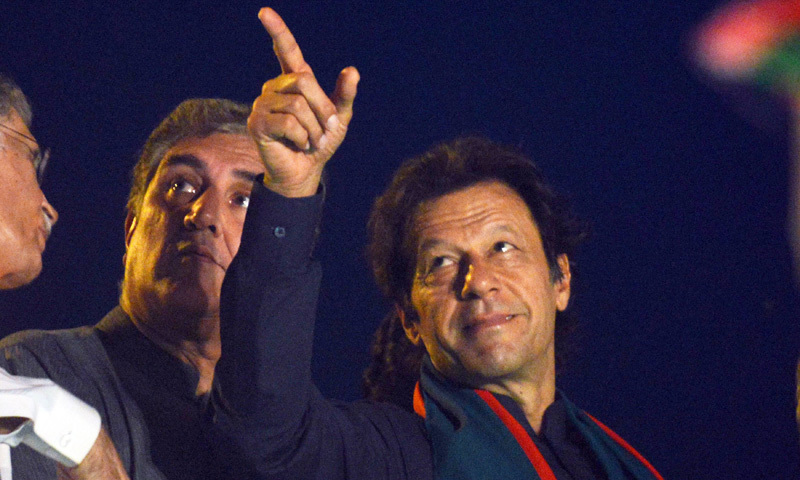 “When death approaches, a jackal runs towards city”. This phrase gives a true panorama of the current situation occurring at Islamabad as the political career of Imran Khan and his fellow party members is almost or about to ruin and if they continue to persist in Islamabad with their so called ‘dharna’ then hopefully that ‘sonami’ type thing which PTI always wanted to hit the country will pop in and sweeps themselves instead of ‘Nawaz league’.

PTI emerged as the third most substantial political party in recent years and no doubt Imran Khan deserves all commendation and appreciation for his marvelous efforts as he was the one who is responsible for awakening youth and boosting up to came out of that crumbling turn by turn governments of PPP and N-league but he was failed to maintain his position as a strong leader. Iam nor an experienced person  and neither I’ve studied politics but the little I know or gained in my life is that trust acts as a treasure for any political leader and once it is lost, everything vanishes and in my opinion the current position of Imran Khan in politics is not more than a speed breaker on a road.

Khan is a lion who got stuck in a cage made by him because at this moment if he surrenders no one will ever believe him in future and if he will remain stick around his ‘Azaadi March’ mission then that day is not so far when people will use to take him as a buffoon and join him just for fun….he has to face the failure in both cases.  Khan always said in his speeches that PTI is striving for revolution and our better future Oh really??? If only Nawaz sharif will resign from ministry than our futures will be secured for the rest of life and what about the ex government…. Wasn’t Zardari the most corrupt billionaire? Where the hell was Imran Khan at that arduous time?? Everyone is striving for his own personal benefits in the name of Pakistan.

If you cast a glance on the people who use to go D-chowk daily then you’ll came to know that it is usually gentry of Islamabad who mostly go there in brand new glistening cars especially to enjoy the concert and to release tensions and stresses of their work. It will make no difference in their life styles whether revolutionary sonami will hit the country or not. In the name of ‘Naya Pakistan’ Imran is actually trying to take revenge of some personal grudges from Sharif brothers and making us fool.

2 Responses to “ONCE UPON A TIME THERE WAS A LEADER”