On a wing and a prayer: Delhi gangrape survivor airlifted to Singapore 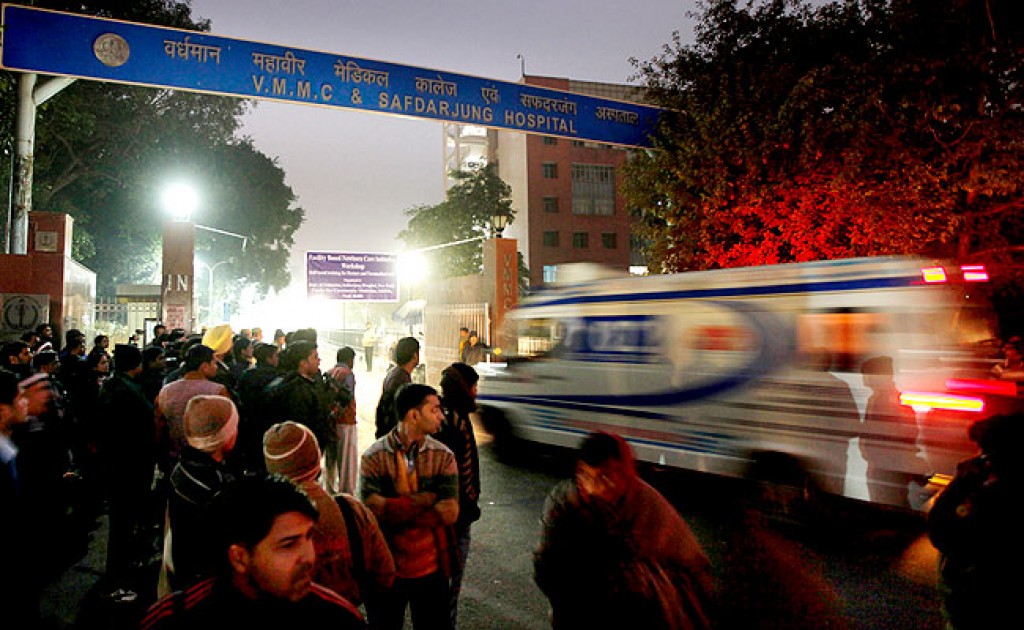 The 23-year-old gangrape victim fighting for her life in a Delhi hospital was whisked away to Singapore on Wednesday night in a move to better her chances and limit any outburst of fury in a volatile Capital. The girl, who was brutally assaulted by six men in a moving bus ten days ago and dumped on the roadside to die, has been battling acute infection and a clot in the heart. Her stomach has been cut open twice and her small intestines have been removed.

She was taken from Safdarjung Hospital to Indira Gandhi International Airport’s Terminal 1D airport at 10.30 pm and boarded a chartered 12-seater aircraft an hour later from Delhi airport. With her were her parents, two relatives, two nursing staff and two doctors. Prior to the move, three police vans and two cars full of policemen kept watch outside the hospital. People and media persons gather outside Safdarjung Hospital where the Delhi gangrape survivor is admitted in New Delhi. She is being taken to Singpore for better treatment. HT/Virendra Singh Gosain
The girl, a physiotherapist, comes from a lower-middle-class family, with her father having sold his ancestral land to fund her studies. The family did not have passports, and the government arranged these, along with visas for Singapore at top speed. An ambulance carrying the Delhi gangrape survivor to the airport. She is being taken to Singpore for better treatment. HT/Raj K Raj

The girl will be treated at Singapore’s Mount Elizabeth Hospital, one of Asia’s best centres for organ transplants, sources said. It is the same
hospital where politician Amar Singh and southern superstar Rajinikanth underwent treatment.

Earlier, doctors described her health as “critical” but “a shade better”. “She is certainly not out of danger and continues to remain on ventilator, but her parameters have improved,” said Dr Sunil Jain, senior surgeon at the hospital.

Doctors said the girl was communicating meaningfully and was “very optimistic about her future”.

The rape and the government’s leaden-footed response to it led to unprecedented protests near the seat of power in Delhi, forcing a lockdown of the city’s administrative district.

Security was stepped up across Delhi on Wednesday, especially near government buildings. A debate raged on the penalty for rape and whether Delhi’s cops should report to the chief minister instead of the central home ministry. Calls for the police chief to go have also gained momentum, though indications are that the Centre will back him for now..